Baba Looks After My Son’s Welfare 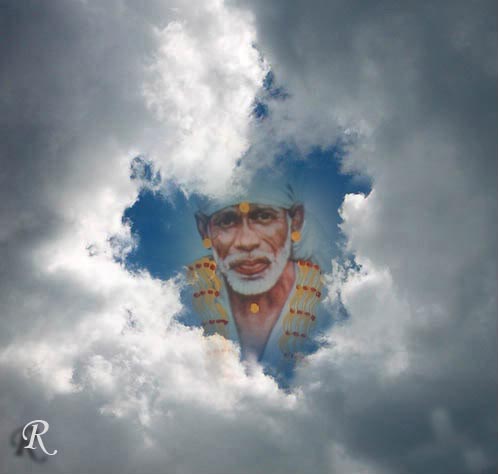 Recently my younger son got a job through campus selection in a reputed company. He was supposed to report for his job in Hyderabad and from there go to Nagpur to take charge of his post. As he is very allergic to outside food, i.e. hotel food, I was worried as to how he was going to manage there in Nagpur. I was also scared as he has never been on his own to very far off places alone. I started praying to Baba that only He should take care of my son’s welfare. The day when he had to leave from our native my husband and I went to the bus stand. My son got settled in his seat in the bus and we were standing outside the bus near his window waiting for the bus to start. All of a sudden my husband called me and said “See who is going along with our son to Hyderabad”, and lo!!I saw a beautiful Picture of Sai Baba was hanging over the bus driver’s seat. I was so happy and convinced that from now on Baba is there to look after the welfare of my son.

It was a Thursday when he joined his first job. After joining process, the company changed his posting to Gulbarga instead of Nagpur, that too was a miracle of Baba as Gulbarga would be nearer than Nagpur for him to come to our place for holidays. He had to take charge of his job next day itself. He had no reservations to the train to Gulbarga from Hyderabad as his posting was changed at the last moment. He bought a ticket to travel by general compartment. I was worried as to how he was going to board the train with three bags alone and usually the general compartment will be jam-packed. My son enquired the TC of some other train who was passing by if he can board the 2nd class compartment and pay the fine as he was to travel only 4 to 5 hours. When he was thus talking to the TC a stranger who was waiting for the same train asked my son to board the 2nd class compartment with him and that he had a confirmed ticket but when TC comes to check my son can pay the fine. Then my son boarded the train with the stranger who was send by Baba to help my son. After boarding the train my son saw the TC coming to their compartment checking tickets and scolding a few passengers for boarding the 2nd class compartment without reservation. He got afraid that the TC might ask my son to get down at the next station and go to the general compartment. He was chanting Baba’s Name all the time. The TC came to the stranger who helped my son, checked his ticket and smiled at my son and went past him but did not ask for his ticket. There again my Baba showed He was there for my son’s welfare. Thanks will be a very small word to express my gratitude to my Sai. I pray to Sai to always shower His loving blessings to all and accept my Koti Koti Pranam at His Lotus Feet. Once again Sai Ram to all

Anonymous Devotee from USA says: Om Sai Ram I really appreciate the team who is maintaining this wonderful page. I started following this page recently. Thanks to Baba who showed me this page. I am a devotee of Baba from my college days. I came to know about Baba from my mother who is an ardent devotee of Baba. Baba is always with us and had been guiding us in every aspect of our life. There are no words to describe His love and affection towards His devotees. The only way we can show our gratitude is to have Shraddha and Saburi on Him. This is the first time i am sharing my recent experience. My 3 year old daughter fell sick suddenly and she started vomiting anything she ate, nothing was really sustaining and we were really worried. That day I gave her Udi mixing in water and after that she vomited once and later vomiting stopped completely. She had fever between 99- 100 for almost 4 days, we kept giving her medicine every 6 hrs as directed by doctor. Day time she was ok but night time fever started picking up. In the night it was 105 and her body became very hot. I and my husband were very much worried and we decided to take her to emergency.

We were about to leave the house but my daughter vomited, and then I had clean her and again get her ready. Before leaving we checked the temp it dropped to 101, we called the nurse line and gave her medicine as directed and put her to sleep. I prayed to Baba please please cure her and promised to donate $108. I checked the question and answer website and got a positive response. From the very next day fever gradually decreased and she started feeling better. The following Thursday I planned to fulfil my promise but unfortunately i could not go to Baba’s Temple due to my work schedule that day. Friday we went to temple and to my surprise that day they were allowing devotees to go up to the podium and have Baba’s blessings (normal days they don’t allow any one on to the stage we just have the opportunity to touch Baba’s Padukas but not the idol). That day we were so blessed to touch Baba’s feet and have His blessings. Then I thought Baba wanted to give His Darshan this way so we could not make it on Thursday. Happily we made the donation and were very much pleased how Baba blessed us. Om Sri Sai Nathaya Namaha Om Sai Ram

Thanks To Sai Baba

Sai Sister Shanti from Kuantan says: I am 29 years old. I have promised Baba that I will post my experience, if my dream comes true. I am working in a private company in Kuantan and I used to go Shirdi Sai Centre in Kuantan. My experience is about my little puppy. My puppy is a male and he is also one of our family members. We love him so much. One day he was not well, he was vomiting and kept lying down and was not active. Every Thursday I do Abhishekam for Baba. I took the Abhishekam milk and made him drink. It was a big miracle that after that he was perfectly alright. Thanks Baba for helping my baby boy. My second experience is about my son. He was not well during his examination and I was very worried about his results. I prayed hard to Baba and told Baba that I want him to pass in his exam as this is his father’s wish. It was a miracle that he told me, he was well while doing his exam by Baba’s blessing. Dear devotes Baba is with us and he always answers our prayer, if we pray Baba wholeheartedly. Dear hetal ji thanks a lot for creating this blog. Thanks I love You Baba Ji.