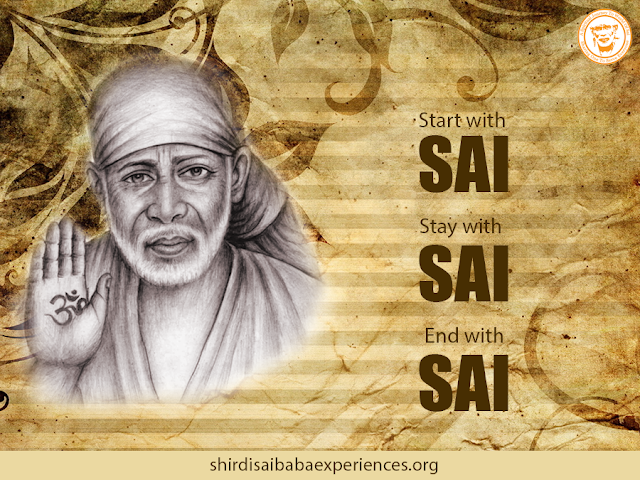 Anonymous Shirdi Sai Devotee from India says: When in college during post-graduation we had one subject which was said to be very difficult. It was also said that it was of no use currently but as the syllabus was outdated it was still there. The faculty was also not that good. Moreover, so many big talks about that subject always terrified me. I could not concentrate on it and never studied it too. Then when exams came I was not prepared even a bit for it. I topped the Pune University during my graduation. So fear of failure and loss of prestige always scared me. So I decided not to appear for the exam and try my best and attempt next semester. So in spite of so many of my friends telling me to just attempt I did not appear. I preferred to remain absent than to fail. Then I counted that I had 6 months in hand for its preparation and to attempt next semester.

When I woke up I was moved. I did understand what Baba said and thought that I should do that way. But that time I did not know Baba and His leelas that much. I was neither an atheist nor a firm believer too. So after a few days though I used to remember that dream almost every day I thought like that only I must have seen that dream and continued to be anxious and did not study for that subject (did not even start). So finally this way the exam date arrived and I was in the same condition but this time one may say it was worse than before because unlike last time there was no holiday for it and had very few hours for studying and heaps of study material to study. It seemed impossible and I was full of regret for not attempting the exam for the first time. I also felt sorry as I did not listen to Baba also. Then I prayed Baba wholeheartedly to help me out. One of my friends guided me to study important questions with the past few year’s examination question papers. I started studying and attempted the exam. Although I had very good scores in all other subjects throughout but still this time it was important for me to pass the examination as it could lead to a year down (I think I don’t remember much) or maybe as for Campus point of view. I needed 32 marks for passing. I attempted and was sure to get 27 marks. Rest I had just attempted and had written anything that I could. Still it was like if the examiner is benevolent I may get a maximum of 31 marks. So I was very sad that I may not pass and had a slight hope that if the examiner is extra benevolent then he may give an extra half mark not because I deserve but out of pity. But that was the rarest possibility.

I kept praying Baba and by my good luck, I got a chance to visit Shirdi. That time I wanted to see Him through the middle lane as we get some more time to move out unlike side lanes. But Baba had something else in His mind. Due to some reasons I was pushed out to the side lane and had a chance to touch Baba’s Samadhi. I could touch it (but that time I did not realize its importance and came to know only a few years back. So Baba’s plan for us is always better) and had tears in my eyes automatically as the power was so much to feel. I could never imagine that I could cry out of love after having Baba’s darshan. I felt bad that Baba did not call me in the middle lane for His darshan as I was ignorant about Samadhi’s touch at that time. I had prayed to Baba to pass me in that subject with 32 marks at least although I felt it was impossible as I had not attempted that much to get those 32 marks. I left everything at His feet.

When results came I and my friend could not believe it and we both jumped out of joy as Baba had passed me with 33 marks in that subject. I understood it was purely Baba’s Leela and grace that I had passed and got full marks and little more for whatever I had attempted. Today also when I look back I feel ashamed to behave so and not listen to Baba in this regard. Really He is very merciful and benevolent and He saved my year and prestige too. I got placed in a good company and stood third during my final year with an overall three years performance. With this experience, I can say that Baba is still alive and I have seen Him so alive and heard Him talking too in my dream. It is only now when I realize how fortunate I was that Baba gave me such darshan. From the past so much time He has not given me His darshan when I believe Him with heart and soul. Baba please bless me who is ever so greedy for Your darshan. Jai Sairam!

Baba Saved From An accident 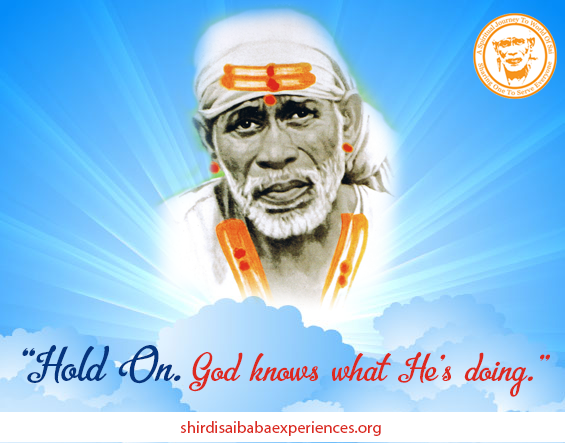 Anonymous Shirdi Sai Devotee from Australia says: I am a small devotee. I am grateful to be a part of this wonderful site to share my experience.

I had planned for housewarming pooja and to buy all the items in Sydney. By the grace of Sai Baba, I could find all those things that I needed and even the dresses for my family. I believe that Baba came in the form of Brahmin who did pooja, along with his two friends. Thanks, Baba for all the pooja and blessings You gave us on that day.

The decoration for pooja also came out so well. To our surprise, the decoration fell on the ground the previous day but didn’t fall after we put Baba in our mandir in front of decoration. Thanks for everything Sai.

Later that weekend, I went to drop my friend home at night. In a matter of seconds, I missed a major accident where I was about to collide with another car. Oh my God, it still gives me goosebumps. Baba saved me from the accident. Not a single scratch on the car, only little paint (scuff) mark.

Because of Baba only we could get our own house and buy some stuff.

Please find the teddy bear I missed. I want my first kid to be here for his next birthday and it’s only in Your hands Baba.

Please save all from Corona and protect the world Sai. Om Sairam. 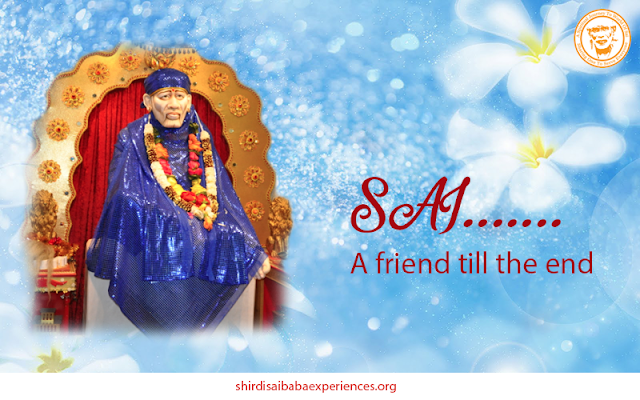 Anonymous Shirdi Sai Devotee from US says: I am Baba’s small devotee for 23 years. Thank you admin and team for maintaining this platform. I am having depression and by Baba’s grace, I am doing well. One day I heard some bad news and I suddenly started getting bad thoughts and I got anxious and started to worry. I got scared. Then I remembered Baba and called Him to help me from the bottom of my heart to take me out of this situation. I applied Udi and started chanting Om Sainath continuously and yes Baba helped me as within five minutes my mind was calm and relaxed. I came out of bad thoughts and anxiety.

Whenever I feel depressed, anxious and worrying I just pray to Baba and apply Udi and chant Om Sainath and within a few minutes Baba does the miracle by calming my mind.

We must have full faith in Baba and pray to Him from the bottom of our heart then one will see what wonderful blessings Baba gives. Thank You Baba for all Your blessings. You have always helped me. Please be with me, my family, friends and Your devotees all the time. Please bless us all the time. Love You, Baba.

Anonymous Shirdi Sai Devotee from Australia says: Initially, I would like to introduce myself as a lucky person for being with Sai Baba for so long as I have been getting heaps of blessing amongst which one of my experiences is emotional. About my husband, he was in trouble for a while in regards to IELTS for our Permanent Residency and was stuck with one or two points on one module. He tried for 5 or 6 times but could not meet each module criteria and I finally decided to do Nav Guruwar Vrat and I promised to Sai Baba that if my husband got the desired score then I will post my experience on this blog. Finally, after two days of completing my Nava Guruwar Vrat, he got his desired score and happily, we lodged our further process for Permanent Residency. Thank You, Sai Baba, for where we are today and we are very grateful to be Your devotees.

Sai Baba Relieved Me From Pain

Anonymous Shirdi Sai Devotee from India says: I have been an ardent devotee of Sai Baba since 2009. He has done so many good things in my life. Recently I had chest pain. I thought it would go in 2 or 3 days but it did not go. Then I prayed to Baba that if the pain would go, then I would submit the experience. No wonder, my Sai relieved me from pain. Maybe the way I explained it is simpler, at that time of pain I felt that it was really a much bigger thing. Thanks, Sai. Om Sairam. 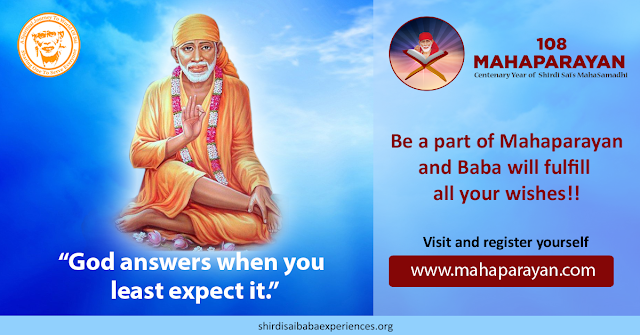 Anonymous Shirdi Sai Devotee from India says: Hi I’m a small devotee of Baba from India. My brother has been suffering from a cold for the past one week and we were worried about looking at the current situation. He gave Covid test and I prayed to Baba that his test result should be negative and if so then I’ll be posting the experience here. As expected his result was negative. Thanks Baba. Jai Sairam.