Baba Helped Me Get My ATM Card And Cell Phone 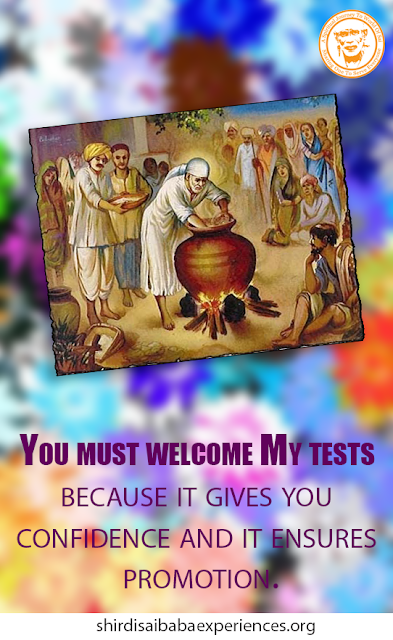 Anonymous Shirdi Sai Devotee from India says: My post is about how Baba helped me get my ATM card and cell phone. Om Sairam everyone. I am from India. Hetal didi thanks for this blog.

I have this bad habit of forgetting things. Especially when I go to an ATM, before withdrawing money, I keep the phone above the ATM and forget it. Once I went to Ghangapur and before taking darshan, I withdrew money from the ATM. I forgot my cell above the ATM machine.

Before entering the temple I wanted a picture of Gopura. So I searched for a cell. Baba and Lord Datta reminded me that I had left it above the ATM machine. I panicked and ran to find my cell still there. Thank You Baba and Lord Datta.

Second experience. Another time also I took money from an ATM and forgot my cell. I realised after thirty minutes. I panicked. I started trying my number. It was ringing but nobody was picking it up.

When my mom tried my number, one guy picked and told me that I had left it at the ATM. He told me the location from where I could collect. I couldn’t believe it. In this Kaliyuga also they returned my cell. Thank You again Babaji, and Lord Datta.

Third experience: I got a text from the bank that not to leave the ATM card in the machine and walk away with cash. Since I had withdrawn money the previous day, I panicked and thought if I had taken my card out. I started chanting Sai’s name and checked my purse. My card was with me. Thank You Baba. Sorry Baba, I will be very careful from now on. Om Sairam.

Baba Helped My Friend From Walking On The Wrong Path

Anonymous Shirdi Sai Devotee from India says: Om Sairam everyone. I am from India. Thank you Hetalji and team for this wonderful blog.

Coming to my experience, my friend was working on a contract basis in a government institute. They called a permanent post in his institute. He was short of five months’ experience to get that post. His colleagues convinced him to fake his experience and get the job. My friend called me and told me all this. I was speechless. I was about to tell him not to do this. He was like please don’t lecture me as not to do such things blah blah. I was quiet and told Baba, “You know Baba my friend is not like that, please show him the right path.”

On the day of the interview, he gave his correct experience, but still told me that he could submit fake experience two days after the interview also. I remained calm and didn’t react. He called me two days after the interview and told me that he was sorry and he won’t give his fake experience. He also said that he would be truthful like always and the first person that came to his mind was me. So he said that he had called up to share. I was on cloud 9. I thanked Baba so much. Baba, don’t let any of us walk on the wrong side of life. Show us the way. Be with us. Om Sairam.

Baba Blesses My Friends With Pregnancy

Anonymous Shirdi Sai Devotee from India says: Om Sairam everyone. I am from India. Three of my friends were having difficulty in conceiving. Even if they conceived they were undergoing abortions. When I went to Shirdi I prayed for them.

Meanwhile I saw a post in Sai Darbar group that they were doing Parayan for all the women who were having issues in conceiving. I gave my three friends’ names. Then to my surprise, all three conceived one after the other. Two of them delivered too with healthy babies and the third friend is having her delivery date in 20 days. I know Baba will look after it. Thank You Babaji. This tells us group prayers are very effective. Let us keep praying for Samastha Loka Sukhino Bhavunthu. Om Sairam.

Anonymous Shirdi Sai Devotee from India says: I am a Sai devotee, smallest of all Sai devotees. I am facing a lot of severe issues in the office and it’s like everyday I am facing escalation. So one day one of the reports that I had uploaded on client portal was not correct and that I understood that only on Sunday evening. I prayed to Shree Sai that the client should not complain about the error. So, on Monday I deleted that report and re-uploaded the correct one. By Baba’s grace the client did not get to know the error and I did not face any escalation. Here, I want to mention that the error report was uploaded in a way that the file became corrupt and that even if the client would have downloaded the file, then they themselves would have asked us to re-upload. This was possible only by Baba’s grace. Hey Sai please help. Please Sai Raksha kariye (protect us). Om Sairam.

Baba Listens To Every Small Wish

Anonymous Shirdi Sai Devotee from India says: Om Sairam. I am from India. I thank Hetalji and the team for this wonderful platform.
My colleague’s house warming ceremony was scheduled on 2/2/2020. I along with a friend went to buy a gift for this occasion. I searched so much but I couldn’t find anything apt. There was a small picture of Baba. I told Baba to please help me choose a gift. Within a minute, I got a beautiful frame of our dearest Baba. It was a similar picture like in Dwarkamayee. I wondered if that colleague of mine was a Sai devotee? Then I realised that he had named his new home As Sai Krupa. I was overwhelmed by how Baba fulfilled my wish. Thank You Baba. Bless all of us. Om Sairam.

Anonymous Shirdi Sai Devotee from India says: Om Sairam everyone. I am from India.
My younger bro is doing MBBS. Just by one mark he failed in one subject. His six months were back. I got to know one devotee was taking letters to Shirdi and so I too wrote a letter to Baba to fulfil my brother’s dream. Next time when he gave exams, he came out with flying colours. Baba, bless him and show him the right path. Om Sairam!