Sai Is My Everything

Anonymous Devotee from UK says: Om Sai Ram. I am a small devotee of our lord Sai Baba. I am staying in UK with my husband and sons. We worship Sai Maa daily and He is everything to us, our Father, Mother, Guide. Now i want to share some of my experiences with all Sai devotees. Daily i read experiences of devotees. Without reading the miracles of our Sai i never go to sleep. I know Saimaa since my childhood. But Sai entered into my life only four and half years ago when i was pregnant with my second son. Then after i had many experiences with Sai Baba.

Experience 1: Here doctors told me i may get gestational diabetes in last months of my pregnancy. I got scared and called our priest. Our priest told me to read Sai Satcharitra daily. I never heard of that book, search for the same in internet and downloaded the book and started doing the Saptah. I continuously did seven Saptah during the first months of my pregnancy. Still it is a miracle that how i could finish 7 Saptah without getting tired. Then Sai started coming into my dreams and also i had nice Darshan of Shri Sai Baba in my dream exactly on Guru Poornima. Then i came to India to deliver a baby. There doctors did GTT for gestational diabetes and said everything is fine. This could be possible only with Saimaa. Then i delivered a baby boy without any complications. I also visited Shirdi along with my family and We had very nice Darshan. There i bought one small Sai Statue and brought it to UK. I kept Statue in the suitcase and i didn’t open the suitcase for about 2 months. Once i got a dream in which i got the same Sai Baba Statue continuously. Then i realised that i should take it out. I kept Saimaa in our Pooja Mandir and started worshiping.

Experience 2: Few months back i got very bad toothache. I couldn’t even sleep continuously for 2 days. One night i went inside the Pooja room and cried a lot in front of Saimaa saying that i may lose whole teeth as the pain is becoming strong all over the gums and asked Him to come at once and reduce the pain. Then i opened the Sai Satcharitra to get the answer from the Saimaa. The page was opened in which Sai Baba showing His devotee the plague boils saying that “See how i bear the pain of devotees”. Then i felt very happy and went to sleep. In the morning i took the doctor’s appointment. Before going to the hospital i went near to the Sai Baba calendar in which He was wearing blue colour shawl and He was exactly looking like a Punjabi wearing a red turban. At once i was so surprised and i thought how Sai Baba can wear Punjabi turban. Then i asked Saimaa to be my dentist. When i went inside the dentist room in dental clinic i was surprised to see the Punjabi dentist who was wearing a blue dress with turban. I felt very happy to see my Sai Baba in the form of a dentist. He scanned my teeth said that everything is fine. After returning from the hospital pain was vanished and i never got that pain again.

Experience 3: Once i was trying to download the Guru Geeta from the internet. At once i thought of the conversation in between the Shiva and Parvathi in Guru Geeta praising Shri Guru. Then i looked at the Sai Baba Photo and said that “Oh my Sai, You were even praised by lord Shiva that is the greatness of Yours”. On the same night i had the dream that i went to the Sai Baba Mandir. There the statue turned into the Akkalkot maharaja and came to me then i touched His feet and then i served Him. I felt very happy when i woke up from the sleep and said thank You Saimaa for giving me the wonderful dream in which could see Akkalkot maharaja.

Experience 4: I always have the dream of visiting the Dwarkamai as i couldn’t visit when i went to Shirdi. I always think how i could miss visiting the Dwarkamai where Sai lived most of His time when He was with body. One day i had nice dream in which i went to Dwarkamai where Sai sat along with other Sai devotees then i touched His feet. Sai asked me “Can you see the sparkles(merupulu in telugu)”. For that i replied “no Saimaa i can’t see any sparkles”. Then other devotees said “you will see, you will see the sparkles definitely”. Still i couldn’t understand why Saimaa asked me that question. But anyway i could visit Dwarkamai at least in my dream. These are the few of my experiences which i wanted to share it with all Sai devotees. I can say only one thing. When we are in trouble just believe in Sai. He will do all things right. Because Sai never leaves His children hand. He will always protect us. Om Raajadhiraj Yogiraj Parabrahma Shri Sachidanand Sadguru Sainath Maharaj Ki Jai. Om Sai Ram. 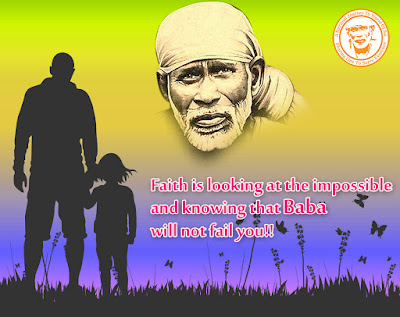 Anonymous Devotee from Malaysia says: I am a 28 year old unmarried girl from Malaysia. I came to know about Sai Baba few years back but I was not attached to Baba that time. My life was always in misery and I was not blessed with a suitable life partner. Because of that there were always problems in my family. In Mid of 2013, I met a guy. We were from different religion and I did not even notice him that time. But, he searched for me again and contacted me and we became friends. I liked him but I was hesitating because I was afraid, he will break my heart. Out of sudden, he proposed me and I agreed. After that we had some problems and I asked for signs from Baba that he is the one for me. Miraculously, Baba gave me signs I asked. Since then, my belief level was so strong. But still problem came and we separated. I suffered so much without him. Then, I realised that Baba gave me this relationship so that I should not give up easily. And then, I got in touch with that guy again. We talked again. Every time there was a problem with us, I will go to Baba and that every time that problem will solve and he himself will come back to me.

Since my family was forcing me to get married quickly, I asked him to come to meet my parents but he declined. So I decided that there is no point in trying anymore and stopped talking with him. But I went to Baba temple and told Baba about my misery. After that, I got an instinct as Baba said to me to wait, he will come. Just like that he came in middle of the night to see me and told me he loves me and want to live his life with me. But after that, he changed. Now he stopped talking with me completely without any explanation. I begged him but he is still not talking to me. So I went to Baba and asked what I should do since I started this relationship with Baba’s blessings and I love him so much. Suddenly I came across about Sai Vrat. I was reading a lot about Baba before this but never came across regarding this Sai Vrat. Only now it came to me. I feel like Baba wants me to do this Sai Vrat and soon I will reunite with the guy I love and we will get married soon. I believe in Baba. Please everyone pray for me as well because if I do not get married to this guy I love, my mother will force me to marry any guy she arranged. So Baba is my only hope. I am very sure Baba will get me married to him soon and give me a happy life. Thanks a lot.

Sai Is Always There

Anonymous Devotee from Australia says: Om Sai Ram to everyone. I came in contact with Sai when i was 10 year old. There was a Picture of Sai Baba in our house but my family did not know much about them. I don’t know how but my mother started calling my dad Sai and still calls him Sai. I remember my dad being called Sai all the time by my mother. I came to Australia in 2007 and now living here permanently. I really felt Baba’s presence from 2011. I was going through a very tough time in 2011 with my study and relationships. I was broken and taken advantage by many people and i was helpless. When suddenly one day i was reading stuff online about Sai Baba and somehow followed them ever since. Slowly my life became easy, the toxic people left my life by Baba’s grace and i was happy. I took my parents to Shirdi twice and they are also great believer of Baba. I am married now and me and my partner don’t get along well. I am asking Baba to help me but sometime i question Him as too why i always face such trouble. But i know Baba is there looking after me and everything will be alright soon. Jai Sai Ram.