Sai Helped Me In Getting A Job

Anonymous Devotee from Australia says: Hi, I am an Indian, and currently residing in Sydney Australia. The experience mentioned below happened in Dec 2011, in India when I was doing my B.tech. When I was doing my B.tech, we had campus interviews. My major was civil engineering. I tried to get into core companies, but it did not work out. That was the time my mom had been to Shirdi for the first time. I started worshiping Sai from then. I started 9 week Vrat to get a job in TCS, because it was easy to get into TCS through campus placements from my college since TCS had a good bond with my college. First company was TCS, it happened on Wednesday, I did the technical test well and was pretty sure i will clear it. But it did not happen. It was really surprising because I had answered 38 questions out of 40 and i was very sure of the answers. 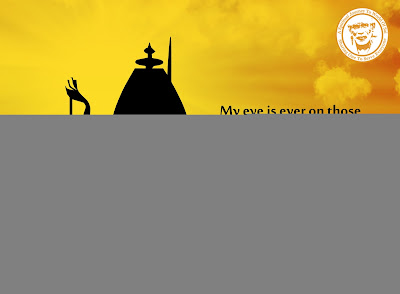 The next day was Thursday. I had to do fasting. I did fast but while praying I was crying very badly because, I started 9 week Vrat just to get placed in TCS and TCS placements were over, so i did not know what to fast for (2nd week Vrat). Next i attended Wipro, Accenture interviews but could not clear any of it. My parents asked me to stop attending interviews and start preparing for government exams. I decided not to attend software interviews any more. That evening my neighbour aunty had come home. We have never spoken to her. She introduced herself and said her son got placed in IBM, through campus placement from different college. I told her my experience. She said, don’t lose hope, talk to my son and know the pattern of IBM interviews. The next company coming to my college was IBM only. I thought let me try this one alone. I spoke to her son and got to know the interview pattern. Among all companies IBM was the only company with many rounds of interview. It was on Wednesday morning, I had aptitude test which was online. I was good in aptitude, but the only problem with me was I did not have much speed in completing the questions. It was Sai’s blessing, when we started aptitude test, server went down. Question paper model was set in such a way, we have two minutes for each question. When I answer one question, to load next question it would take more than 2 minutes though the clock ticking will stop at 2 minutes. I would select an option within two minutes. In cases where I found the answer to be wrong after selecting I would change it before next page loads. I had time to review that answer, since the server was down and it took time to load next question. By Sai’s grace, I cleared 1st round.

Next was GD. I had prepared few topics which that guy had told me. But I did not get any of those topics. But still I was able to speak well on the topic given. I cleared that too. Next was technical interview, which would be tough for me since I was from non IT background. I had not prepared for technical interview. I was always preparing for aptitude since I was able to clear 1st round itself. I had no time to look into technical. The interviewer called me. He asked me few questions from C language. I did not know. I told him I had prepared only for aptitude and could not prepare for technical. He asked me my major related questions, That too I was not able to answer. He asked me where I stay. I told him just the area. He asked me in detail, street name and stuffs. I told him. He told me he stays right behind my house. I was surprised, as I have never seen him. Till this date I have never seen him. He asked me how much point to give me on scale of 5. I said 2. He said 2 means you did not clear. He told me I have cleared and asked me to go for HR interview. It was completely Sai’s blessing. I went for HR interview, managed to answer almost all questions well. They asked me to come the next day to know the results. Next day was Thursday (3rd week Vrat), I prayed to Sai and went, It was announced that I have cleared. I was so happy. My happiness knew no bounds. Sai is always with us. I am praying hard to get a good job soon in Sydney as well.

Sai Sister Nirmala from India says: I am a student pursuing my engineering degree in one of the colleges in Bangalore. I am one among Baba devotees. I have lots of experience with my Baba. But i wanted to share one experience which is unexpected. In engineering we have 8 semesters. In that from first semester till 6 semesters my aggregate was not crossing above 70. I was trying very hard but it was of no use. All my efforts were not giving me the result which i wanted. I started doing Baba 9 Weeks Vrat during my 6th semester holidays. Our result was not announced that time. It used to take one month to announce our result. When i had 6th semester exams, i was just praying Baba and i was thinking Baba Himself is writing my all subjects. It was the thing like Baba only was writing or i was only writing, i don’t know, but after completion of each subject, i was feeling contented and i was not worrying of how i wrote. Exams finished and i was doing 9 weeks Vrat. Within 9 weeks, we got result. I was shocked to see my result because i got 75 percent which is Distinction. First time i got that much marks in Engineering Degree. I was like is it my marks only. I never expected that much marks in my dream also. But Baba got me that result. I was very happy. I was not able to know how to thank Baba for it. Baba is true, He is real for His devotees, He still exists for all His devotees. He will never leave His devotees who trust Him. He will help everyone who trusts Him. Jai Sai Ram.

Anonymous Devotee from US says: Basically I was born and brought up in India, but now I live here in US with my daughters. Really I thank Hetal ji and her team from the bottom of my heart for their selfless service they are rendering which increase the devotion of the Devotees towards our beloved Sai Maa. I have many experiences which made me to believe, Our Sai Maa always listens our prayers. Usually I used to have cramps in my leg which will stay for some time and go. But yesterday again I suffered due to cramps in both my legs at the same time. The pain was unbearable. I was not able to sleep, sit, stand or walk. I cried and prayed to Baba to relieve me from the pain. Suddenly I remembered about the Udi which I got from the Sai Temple last week. Immediately I applied the Udi on both my legs and drank some water mixed with Udi. Again I prayed Baba to show me the Power of Udi. After some time I was relieved from such kind of severe pain and went asleep. Ha what a great relief. I request all our Sai devotees to have complete faith and surrender all our problems at the Lotus Feet of our Sai. Definitely He will take care of everything. Om Sai Sri Sai Jai Jai Sai. Jai Sai Ram.