Anonymous Devotee from India says: Hello Hetal ji, I am from Delhi and I am working in an MNC. Om Sai Ram. I always read the miracles which happened with other persons, however i never thought of writing my own. I have experienced many miracles till now. Few are my experiences with divine Baba.

1) I went to Shirdi two years back & i was not satisfied with the Darshan which I did. I told Baba that I am not satisfied with the Darshan, You have given me, and would go back unsatisfied. To my surprise, a man came to me stating that do you want Baba’s Darshan with no one around, and I agreed. I went inside and stood just in front of Baba and touched Baba’s Samadhi (which was not allowed to touch in my earlier Darshan, as it was closed with a barrier) and not just this, the guard asked me, if I am Now satisfied with my Darshan, (the words which I told Baba). How could one repeat the same words which I was murmured in my heart while talking to Baba.

2) My best friends dad was suffering from urine infection, and doctors told him to get operated. However, due to his fear for operation, he used to catch fever just before operation & doctors were delaying it. On Monday, he went for operation & was in a serious condition, to which I got tensed (He was suffering from high fever), I prayed Baba and said, if You are with me and would help uncle then You are wearing “a yellow dress” and as soon as I opened live Darshan, He was wearing yellow dress. My joy knew no bounds. Om Sai Nath. Love You Baba.

Sai Baba Helped Me To Get My Salary 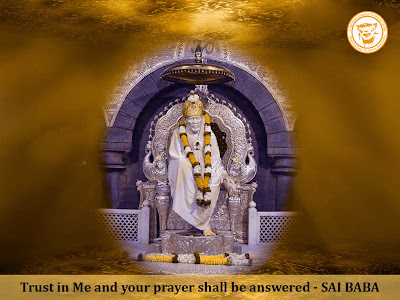 Anonymous Devotee from India says: I am a devotee of Sai Baba from India. Om Sai Ram to all Sai devotees, this is the first time i am sharing my experience in this page. I had worked with a lady in her project in May 2014 in another city. My parents were not allowing me to go out of the city, because of that lady’s compulsion my parents gave permission to go and work with her. I was not well at the time of project but I didn’t bother about my sickness. I helped her for the project. From that project she received many cheque and cash but she didn’t give me my salary. My parents started scolding me for the delay in my salary. From the June month, i was struggling for my salary. I cried to Baba many times in near my home Baba temple. After August I came to know that she is a fraud. Not only me, she had to give amount to many girls in different ways. I struggled with her like anything. Finally my mom did Sai Nav Guruvar Vrat on last week of September. Because of Baba’s blessings, I got my part amount from her on Oct-1 2014. She gave only half the amount and she cheated the balance half. I was worried about that but Baba told me that it’s God Leela, so you don’t worry in questions answer page. So i am very thankful to Baba. Baba please guide me in every moment of my life and guide every one. Please forgive me if any mistakes are there. Shree Narayan Vaasudevaya Satchidhanandha Sadguru Sai Nath Maharaj Ki Jai. 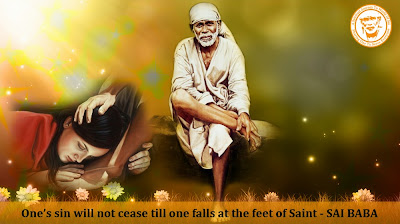 Sai Sister Kanya from Malaysia says: Sai Ram. My whole family is protected by Sai Ram and Baba is leading us. My son is very smart but he was unable to do well in his exams. But by grace of Sai Nath he has passed all his exams and now he is going to final year. I am sure Baba will help him to finish his degree by September 2015. We were very much protected by Sai Nath during our bad days, with Saburi Shradha we will be blessed by Sai Ram.