Anonymous Devotee from Malaysia says: Om Sai Ram. Since the day I started praying to Baba many miracles happened in my life and I want to take this opportunity to share them with others. In May this year, an eye specialist told me that I have glaucoma. I was devastated. I prayed to Baba whole heartedly and hoped for miracle to happen. My husband suggested that I should get second opinion from another well known doctor. This doctor confirmed that I don’t have glaucoma but there was eye infection. I was so relieved. Thanks to Baba for the miracle. 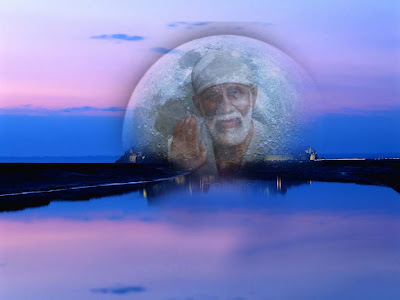 My daughter wanted to do speech pathology badly but she was offered a different course after her matriculation. Meanwhile, she was called to attend an interview for a ‘Scholarship programme in speech pathology’ overseas. We did the 9 weeks Vrat. On the 9th week, she got a call from the department to inform her that they are offering her the scholarship. We were very happy and we strongly believe that this miracle happened because of Baba. A few days ago my husband had a minor heart attack at night and he fainted. The worst part was, he is staying alone in another state because he was transferred there 3 years ago. According to him, he kept on mentioning Baba’s name and asked for Baba’s help. He regained consciousness and went to see a doctor the following day. The doctor did angiogram and found a block in his heart. He put a stent and now, my husband is recovering. Thank You Baba. We are so grateful to Baba. Actually we have experienced so many miracles but I just wrote a few. I get to know Baba and I am sure that you too will experience the miracles. Sai Ram

Sai Sister Geetha from India says: I am a devotee of Shirdi Sai Baba. I came to know about or started to like Baba from the Star Plus serial Shirdi Sai Baba. I am blessed to be His devotee. Om Sai Ram Baba You may always shower Your blessings. My mother fell down in a temple and broke her shoulder bones few days back. She was admitted in the hospital. She had already undergone By-pass surgery. Due to which her heart rate is only 50%. We were very scared if she would be able to survive if she undergoes the shoulder fracture surgery. I cried to Baba asking Him to do something and save her. I first prayed to Baba that surgery should not take place and something good should happen. But i feel Baba felt that she has to undergo surgery for her betterment. One day i cried very badly to my husband. He told me see your Baba is only going to do the surgery for your mother and she will be fine.

On the day of surgery, when she was taken inside my aunt who was also a doctor went inside with her. My aunt is not a devotee of Sai Baba. She hardly knows anything about Him. But somebody had given her Baba’s photo which she had in her hand. Before the surgery was started she placed the photo beneath her pillow. The surgery went on well with Baba’s grace and she is improving. Later when i spoke to her she told me that she did not remember who gave her the photo and how she had that in her hand that day and she asked me if i am His devotee. Till then she did not know that i am Baba’s devotee. I was really amazed as my husband’s words came true that Baba will be there to do my mother’s surgery. I believe it was Baba who did the surgery for my mother in the form of Doctor. I am very thankful to Baba for showering all His blessings and i pray to Baba to continue to shower His blessing on all of us. With Baba’s blessings my mother is fine now. Thank You all. Forgive me for my mistakes Baba. Om Sai Ram

Marriage Fixed By His Blessings 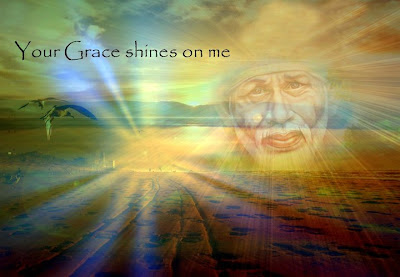 Anonymous Devotee from India says: I am a Sai devotee from last four years. I was a teacher but now i am a housewife. Om Sai Ram. Last year I came to know about Sai answers and questions site. I prayed and clicked a number. He said that “There will be a birth of a baby boy in our house”. With His blessings this year my daughter is blessed with a baby boy. Thank You Sai Ram. My son was very reluctant to get married. I prayed to Him and asked Him to bless him with a girl of his choice. Now my son’s marriage date is 9th. I am so happy that it is Sai’s number. I prayed Him that He should come for the engagement and bless the children. When the girl’s father took out the chain box, there was a Sai’s picture inside it. Yes. He came in the form of Photo to bless them. He is protecting and blessing us always. Thanks a ton Sai Nath. Always bless Your children. Om Sai Sri Sai Jaya Jaya Sai. Om Sai Ram.