I Was Drawn Towards Baba

Anonymous Devotee from India says: I became Baba’s devotee very recently. Off late, I have been having many experiences which have been drawing me close to my saviour, Sai Baba. It all started when I received a marriage proposal. The groom is a strong devotee of Baba. We had received a seasons greeting card with Baba’s picture with the wordings Sabka Malik Ek” more than 10 years ago, which we had recently kept in our God’s room. I looked at Baba with hopeful eyes and He looked back at me with a lot of love. A warm smile towards Him was returned back to me. The moment I saw the guy’s photo, I knew that there would be some strong connection with him. I immediately agreed to the alliance which materialized into marriage. I had received some Udi from my aunt earlier and she told I would get a good alliance soon. Before the wedding took place and after the alliance was fixed, I could see Baba everyday in some form or the other (on rear windows of cars, shop names etc), while I was on my way to work. Same was the case with our family deity.

I wanted to visit a Sai temple in the city and expressed my desire to my fiancé. He suggested that we can go to Shirdi instead. We agreed and booked the train tickets. We had plans of travelling our family and were 5 people. Initially my parents didn’t think they would make it with us to Shirdi. After a lot of coaxing, finally they agreed to come. Ticket was booked only for 5 people, but with Baba’s grace we were able to get tickets for my parents, which was in Waiting List. Baba, in this way, brought my parents with us to Shirdi. For the return journey, only one seat got confirmed and the rest were in WL. We were worried that we wouldn’t get confirmed seats and were thus praying. After the wedding took place, we had to rush and finish off many rituals and temple visits. We then travelled to Shirdi. Our journey was pleasant and good. We got very good Darshan for evening Aarti and were happy. Tears started flowing down when I looked at Baba during the Aarti. He looked so peaceful and Divine. For the return journey, ultimately Baba helped all 7 of us to get confirmed seats. Without His will, this would not have happened.

The next experience was when I had to travel to Chennai with my mother to get Visa for travelling with my husband. I did not know Tamil and felt out of place as I couldn’t communicate with auto/taxi drivers. When I had to go to the Embassy for visa interview, I had a few problems as the taxi drivers assigned to me didn’t know where they were supposed to take me and I couldn’t communicate, though we had given them the destination address while booking the taxi. Baba was waiting for me the in the taxi. There was a small statue of Baba on the taxi dashboard. I was running late and I was worried that I would be late for the visa interview. I also didn’t know where the taxi driver was taking me. I prayed to Him to help us out. Finally with His grace, I was able to reach the Embassy on time and back to the hotel I was staying safely. On the day I was supposed to fly out, the taxi we booked was not able to make it. A replacement taxi was called and while it was some 10-15 km away, the tyre got punctured. Our landlord helped us and arranged another taxi. Baba helped me reach the airport on time. As soon as we reached the airport, I checked-in our luggage and boarded the flight within 5-10 minutes.

My husband faced a few problems at work. The project he was working for, was scrapped and was on bench. More than 1.5 months passed by and we were not able to secure any project. This was when I decided to do 1 week Parayan of Sri Sai Satcharitra. Meanwhile, my husband started getting interview calls and on the 6th day, my husband received a confirmation call for one of the companies. We were overjoyed. This was the first time I read Baba’s Leelas and my mind was at peace. Tears flowed when I read the miracles and I was drawn closer to Baba. Baba even solved another hurdle in our married life and blessed us. Recently we met with an accident when a deer appeared and collided with our car. The deer couldn’t be saved but we escaped unhurt. Baba saved us all. This Janamashtami, we decided to visit a Sai temple in the neighbourhood and were about to take apples. It was His will that we somehow forgot to take apples and ended up taking 2 boxes of Ladoos to Him. Later, upon thinking about this incident, we realised that Krishna is fond of Ladoos and hence He wanted us to get Ladoos as Naivadhya. Getting His Darshan gives me peace of mind always. Thank You for everything Baba. I feel Sai has been with us always and I pray with all my heart that He blesses us always. Sri Sachidanand Sadguru Sainath Maharaj Ki Jai.

Sai Maa Guided Me And Found Me Right Position

Anonymous Devotee from India says: I am an ardent devotee of Shirdi Sai Maa. Firstly, I thank my Sai Maa for helping me to post my experience here. I am an engineer graduated this year and left out with so many confusions about my career. I was magnetized by Sai Maa before 3 years, after which I witnessed so many miracles in my life. He showed me the right path and brought me out of all issues. Thank You Sai Maa for Your love to Your little child. I would like to share my experience where Sai Maa helped me to get into a government university for my post graduation degree. After finishing my under graduation, I was so confused whether to proceed with either job or higher studies. It was that time, I left the choice to my Sai Maa and waited for my turn.

Meanwhile i wrote the entrance exam for joining Post graduation in both Government University and private University. Since I did not prepare properly, I ended up with low cut-off marks and wondered if I would have a Chance of getting admitted into Government University. I prayed to Sai Maa and also felt sorry for my mistake of not preparing well for the entrance exam. I kept on pleading and praying to Sai Maa to help me. Finally, the counselling day came and I was waiting in the waiting hall for my turn to pick my college for post graduation. I was so worried but still did not lose my hope on Sai Maa. But He planned everything right for me as He does for all His children. When i was sitting in the waiting hall, I opened the “Sai Baba Question and Answer” app in my mobile and opened my heart to Sai Maa. I got the answer as “You will be saved from loss. Remember Sri Sai Baba. Gift will come from southern direction. You will hear good news. Donate food”. To my great surprise, the counselling room was to my south. My joy knew no bounds. I was blessed by Sai Maa with admission in Government University as He promised me. I thank Sai Maa for being there with me and blessing me this way. Thank You Sai Ram. Always be with me and with everyone. Keep me as Your own child forever. Love You Sai Ram. Guide, guard and bless everyone. Om Sai! Sri Sai! Jai Jai Sai! Sadguru Sai

Baba Fetched Us The Job 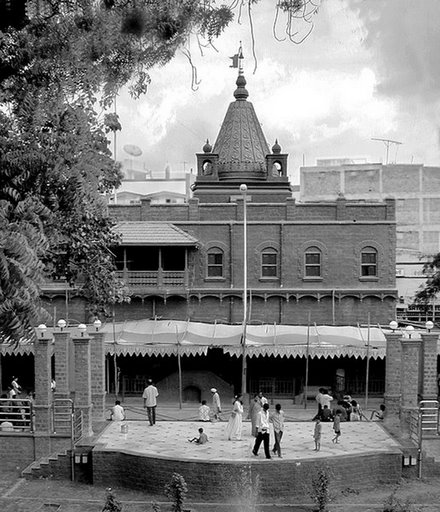 Anonymous Devotee from India says: I am a staunch devote of Baba from past 15 years. My day starts with Sai and ends with Sai. Without Baba my life would be meaningless. I would like to post my miracle with Baba, Sorry Baba for the delay in the post, Baba helped us with the job when we were really in need of the job, each time i asked Baba through the questions of ask Shirdi Baba. He would say 7 people will help you. I did not understand but later under stood, my husband got job in the 7 interviews, he sharpened his skills through those 7 people. One thing i would like to share to all the Baba devotees is have firm faith on Baba He will surely test us. But will never leave our hands when we really need Him. Have Shradda and Saburi.