Sai Sister Shalini from India says: I am a working girl from Pune. I know Baba since 2012. I was staying in Bangalore near Sai Baba temple. I have come across many situations when Sai helped me in Getting out of it. I don’t know how to express those miracles in words. After i got job in Bangalore, i moved to Bangalore. I was staying in hostel with 1 of my friend. As we were fresher, we used to go office early. While going we used to visit Sai temple every day. At beginning things were fine, slowly things became worst, as i got into the project. In my project nothing was good, i was forced to night shifts. I was having migraine problem, which was increasing day by day. 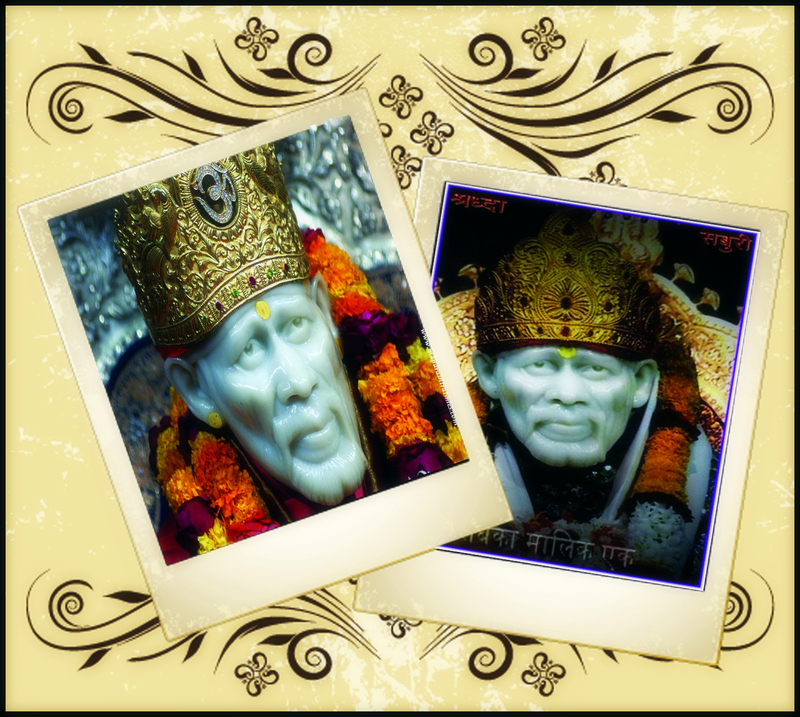 I was left with no choice, no hope, no way. I used to go Baba temple and tell Baba all problem. I feel very good while speaking to Him, as if He is listening to me. Months passed, but still no change. My health was deteriorating. My papa asked me to leave job. In spite of all problems, I was not ready to leave job. My manager was not ready to leave me from Project. I was applying everywhere, but I was not getting any response from anywhere. At last I lost all my hope. Then I told Baba, i can’t try more whatever is in my fate, let that happen. I was in temple, i got a book of Sai-Vrat from a lady. Then i started doing it. On 5th Thursday, i got a call from project for their requirement. I cleared that on same day. On same day new project manager spoke to my manager. He agreed on it. I don’t know what miracle happened. The person who was not agreeing since a year, agreed on that day. It’s all because of Sai. Thank You for giving back my life and my priorities. My husband doesn’t believe that it’s all Your miracle. One day he will know Your Miracle. Sai please be with us always.

Anonymous Devotee from Malaysia says: I am staying in Malaysia and currently i am doing my diploma in Business in a private college. Recently, i have been facing difficulties in passing my accounts paper as during my high school i was from a science stream. I have failed those subject two times and i took the subject again on my previous semester and i was praying Baba to help me to pass in this subject. I was really worried about failing this subject because according to my college rules, i have to pass this subject to proceed to my final year subject. I was left with only one subject to complete my diploma and it had dragged my diploma to extend for 2 semesters from the time of my graduation. I was really going through pressure and hard times. So what i did was, i took the 6 days Parayan and read Sai Satcharitra day and night.

When i completed it, my results came out. And what i receive was a C-means i have to give this paper again. I was so sad and i teared to Baba and i asked Him badly to answer my prayers. The next morning when i woke up, my college dean texted me saying that the rules had changed and i can proceed to my final year subject without passing the accounts paper and i can take both the subjects on the same time without dragging my diploma further. I was so happy and i really thanked Baba for that. Although he put me in hard situation, but he gave an option also. I thanked him for giving me the chance again and i promised this time i will clear this subject and complete my diploma on time as i expected. At last i would like to conclude this by bowing down to Sai Maa for giving strength to write this experience. Baba please help all devotees who are in need of Your blessings, who thinks that You are the ray of hope, You are so kind and powerful that only You have power to make impossible things possible, You are the supreme Lord.

Anonymous Devotee from India says: I became a devotee of Sai Baba in January 2014. In these few months Baba has always shown His presence in some form or the other. I would like to narrate my experiences here and thank Baba for His support I am the first Sai Baba devotee in my family. My father had gone to attend a wedding in Hyderabad. On the wedding day, when we tried texting him, Messages were not getting delivered. Suddenly we received a phone call from him that he had lost his phone. We were very upset. My mother asked me to pray to Sai Baba. I prayed. My mother was cribbing about the lost phone and I just told her maybe it has not got lost. He must have dropped it somewhere in the marriage hall and due to low battery the phone might have been off. I had just completed saying this and within minutes we received a call from my father that the manager found the phone dropped in the hall and returned it to the groom’s father who is my father’s friend and due to low battery the phone had switched off. Such was the Leela of Baba.

Another experience which I would like to share is my boyfriend was keeping Thursday fast for some reason but not the Sai Baba fast. He then got relocated to USA where as he stayed alone it was difficult to keep the fast so he decided to do the Udyapan. I wanted him to visit Sai temple there on his last fast day but I did not tell him as he had told me if he gets time he will be able to go to the temple so I thought he will be angry if I ask him to go to Sai temple. He had bought Laddo from the market and made kheer to take it to the temple. Next day when I asked him if he visited the temple. He told me he visited Sai temple there and gave the Prasad. I had tears in my eyes when I heard this. Sai listens to His devotees all the time. Om Sai Ram.