Baba Is Always With Me-Sai My Life

Anonymous Devotee from India says: Earlier i was not a true devotee of Sai Baba. But in 2012 due to my life threaten situation, i came under Baba feet. There are many small and big miracles happened in my life due to Baba ji grace. This is a very nice way of bringing Sai devotee more close to Sai by sharing Sai Baba miracles. Thank You so much for the creators of this page. My first experience is how Baba cured my health problems. In 2012, i was suffering from typhoid, i was not able to digest water also. I lost my health, my condition was becoming worst. I cried in front of Baba ji Idol to save me from my adversities. Apart from my health issue my career was at stake. No one supported me. My family found me dumb, they wanted me marry some guy, but i love someone else. In January 2013 my love also started ignoring me due to his own failures in his life. I was devastated, in depression, my health was ruined. I even thought of suicide, as no one supported me, no one understood me. I had started Sai 11 days Vrat, somehow i completed my Vrat. After few months when i became somewhat well, i again started 21 days Vrat for my love life.

In November, i got opportunity in ICICI bank, but i was not in finals. I have to listen to bad talks about me for every failure in bank exams. I never wanted to harm anyone. In December 2013, my love came back. But again he was not able to get success in his life again he ignored. Things were about to come to place but again became worse. In 2014 i got my health back due to Baba ji Udi and blessings. In March 2014, i met my love after so many months in front of Sai ji same temple, where i left and became separated two years ago. Baba united us. Things are not going as i thought. But they are falling into place in Baba ji ways. I love You Baba ji. I know whatever left to be get ok, You will make it. Please get me good bank job i am trying hard. I needed money. Because no one is helping me. My parents are worried about my marriage. I wanted to marry my love. Get me and him with a good job. That will solve our financial condition. I know only You can unite us. Help us Baba ji. Waiting for Your blessings. I wish everyone wishes come true due to Baba ji blessings.

A week ago my mother was suffering from severe ear pain, her ear got swelled, and there was so much bleeding, with that pain she was crying, she got fever due to pain for three days. I wanted to make her pain less. Then i thought of Baba ji Udi, without telling her i kept some Udi in her head and prayed Baba ji to cure her pain. Make her well. After few hours of applying Udi she was soothing. After a day she became all well. It’s all because of Sai ji. Thank You for listening to me. Always be there. I love You so much. I apologise for all my mistakes done in past. But i never want to harm anyone.

Anonymous Devotee from India says: I am an engineer working in India. I give my sincere thanks to all who are involved in this good work of spreading Sai Baba devotees experience to all, so that it can increase faith of devotees. Om Sai Ram to all. I was a third year engineering student in 2004. I was residing in hostel which is in the college campus. One day, I lost my scientific calculator. Although it is a small thing but it cost was Rs.750/- in 2004 which was a good amount for a student. I tried to find the calculator by asking my friends as it was a necessity for an engineering student. But the answer was negative from all of them. One option was that the calculator might be stolen but then nobody was of that kind in hostel.

I am a staunch devotee of lord Sainath since 2003. Finally, I requested lord Sainath to help me out. Next day, after classes around 5:30 PM. I went to internet browsing centre of our college. I found the mark sheet of last semester of one of my classmate Manjunath (who happens to be a hostellite) is displaying on the monitor. I realised that the student using the computer was unknown to my classmate. Then the question arose in my mind that why this guy was seeing the mark sheet of an unknown and how had he got the university enrolment no. of my classmate without which you could not see the mark sheet. Anyway, I left the internet cafe and was going back to hostel. As I was on the way to hostel, a hostelite asked me that whether I had found my calculator. Now, I started pondering whether there was something connected between my calculator and the classmate Manjunath (who is also a hostellite). But Manjunath had gone to his native place. Still, I went to his room and opened his bag and lo, my calculator was inside his college bag. How come when he was absent, my calculator went inside his bag. Then I remembered that he attended the two hours classes and left for his native keeping my calculator (my mistake) in his bag. Finally, I found my calculator and was relieved from anxiety as you need this for every work in engineering. It is Sai Baba Who helped and guided me to locate the calculator. Bow To Shri Sai. Peace Be To All. 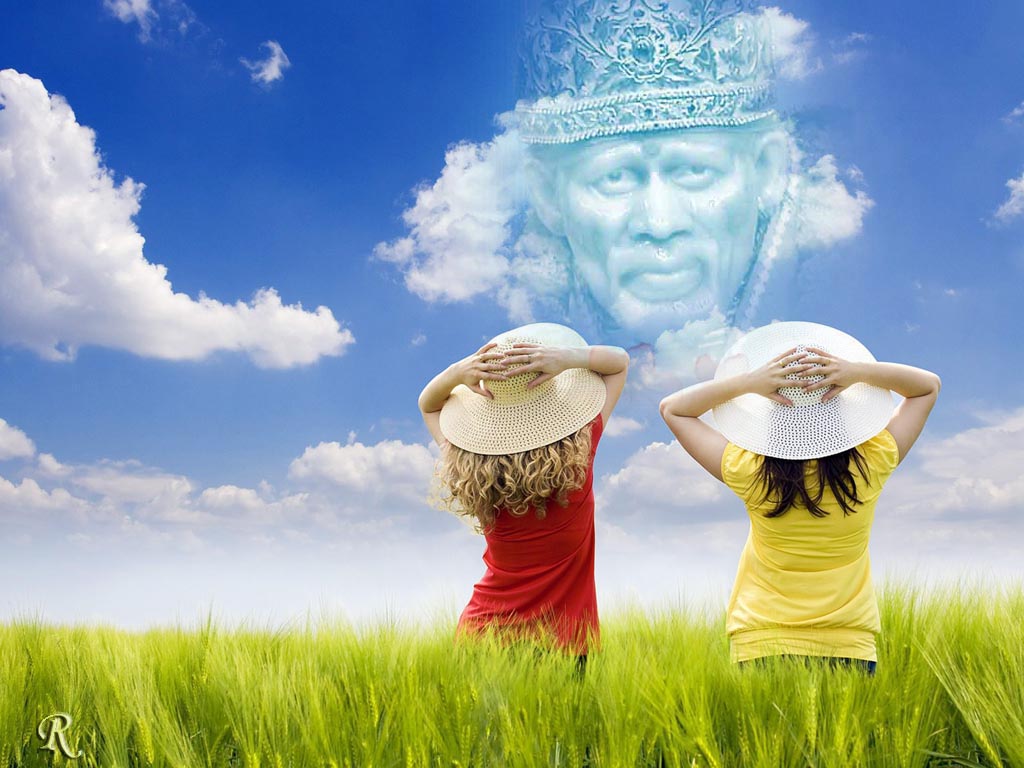 Anonymous Devotee from India says: I am Sai devotee and i want to share my experience which built my faith in Baba. I know Baba from 2 years, before that i never know anything about Him. I went Shirdi in December 2012. At that time i was gifted Sai Satcharitra book from a lady. I thought that she was selling book to me and i ignored her, but she came to my mother and gave the book. I cannot explain you the change after reading Sai Satcharitra. Now Sai became my life. Now a days, i am undergoing lot of stress and i have become impatient due to my problems and one day i asked Baba “Baba do You want to leave me then why are You not caring for me”. On the same day, i went to one college with my sister to attend for exam. I went to canteen and i saw a calendar of Baba with words “I am always with you”. I was shocked because this was the answer to my question, which i asked Baba in the morning and i felt very happy which i cannot explain in words. I promised Baba that i will definitely share this experience.