Sai Pa – The Reason For Me Living Now

Anonymous Devotee from India says: I am a normal person who just sees God and prays God as instructed by my mom. I came to know about our dearest Baba ji and His miracles in 2010. But i became His devotee only in 2013. My life was never easy for me. Even silly things reached me only after great struggle. I was cheated by few, criticized by many yet understood by none. When i felt that my life was just like hell and when i decided to end my life, it’s at that time when i got my dearest Baba’s presence. Even though i was the only child to my parents and was born in upper middle class, because of a business loss my family went down financially to the worst extent and we faced hard times like struggling even for proper food. I did my engineering and my pg only by studying in street lights. Even though I had so many relations around me who were financially strong, no one came forward to help us either financially or support us mentally. Days passed on with loads of struggle.

One fine day in 2009, my mom decided to visit Shirdi and she compelled me to join her. Initially I was not interested to accompany her as I hardly had trust on God at that time. But because she compelled I went with her to Shirdi on January 24th 2010. I felt an unknown positive vibration at the moment I landed there. No words to explain that wonderful feeling. My heart felt so light. We had a good Darshan of our Baba ji and we attended Chavadi possession that night. It’s at that time I was totally astonished to see everyone there who were talking about the miracles of Baba ji. I silently prayed within me that “Baba either wipe away my problems, if not give me the strength to face it. Otherwise end my life”. This was my first prayer I kept before Him. From that particular day till now, I have never gone down mentally for anything.

I still have problems regarding my marriage, my work and so on. But still a thought about my Baba ji is enough for me to regain all my lost energy. Whatever happens, Baba is there. I keep telling this every time when I go down physically and mentally. He has been so kind to me in many issues and I understood that only in 2013 after becoming His adherent devotee. Now each and every second irrespective of the time or place I am, I just keep saying His name within me and I get a feel that He is sitting next to me and listening to me. My dear Baba, even my parents didn’t understand me, but You did. My marriage is under a big confusion right now. Everyone are so worried about it. But I trust You completely. I know Baba ji, You will take care of me. You will bless me with a wonderful life at the correct time. I am surrendering my life to You. Whatever happens in my life I owe everything to You. You are my world. I hope You will finalise my marriage at the earliest Baba. I am waiting to post about that in this blog soon. Sri Sachidanand Sadguru Sai Ram Maharaj Ki Jai

Sai Baba Is Everything

Anonymous Devotee from India says: I am a devotee of Baba for the past 3 years. I came to know Baba from one of my close friend at college. She believes in Baba so much, that I got attracted to Baba. Baba has always stood by me in all my tough times. I was placed in an MNC and got the offer letter to join the company at my home place itself. I was very happy with the thought that i did not want to separate from my house. After the 4 months training we were to be placed into projects. In my batch out of 30 everybody got placed expect some 4-5 of us. I prayed to Baba that i wanted to get into a project in the home place city itself and I was not ready for shifting. As per my friend’s advise I started the Sai Vrat and I could not believe when i got call from the project in the same city on the 9th Thursday. I did not know how to thank Baba for His splendid action.

From then I am a constant believer of Baba and would do the Vrat whenever possible and also would visit the Baba temple often. Then in 2 years time I got married and moved to a foreign land. I started searching for a job as it was necessary to support my family back in India. But unfortunately all my attempts to get a job failed and I was very much depressed with the things that were happening around me. Then I started the Sai Vrat for 9 Thursdays and also read Sai Satcharitra. Finally I got an opportunity through one of our friend and I joined the job successfully through Baba’s grace. So if a person believes in Baba with full faith, Baba will never let them down. These are only very few instances I have mentioned, but there are many instances in my life where I have felt Baba’s presence with me. Om Sai Ram

Sai – The Giver, The Creator Of My Destiny 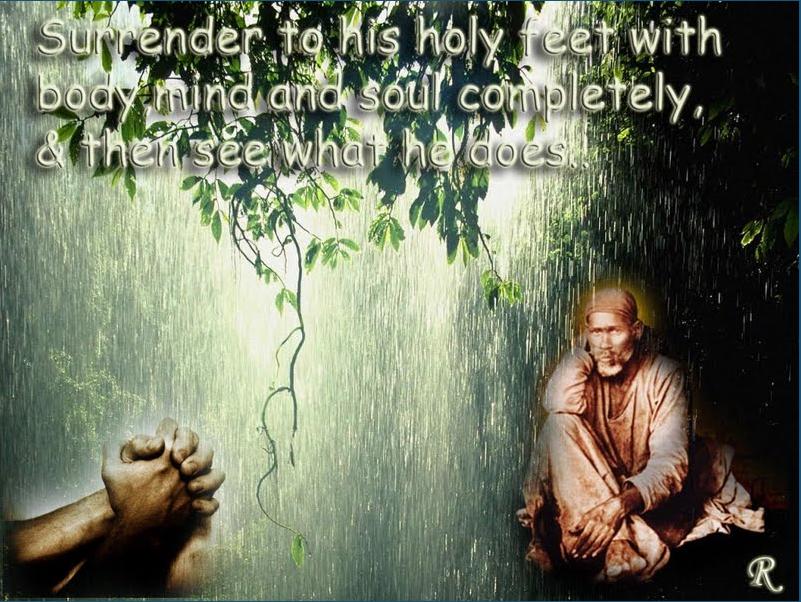 Anonymous Devotee from India says: I am from India. This is the first time I am writing here. In 2011, I was going through a bad phase. I ended relationship with my 4 yrs old friend who had lately turned into my love. He came across as the most selfless and loving person but circumstances were such that we stopped communicating. I was so filled with anger that I did not reply to his mails for 2 long years. All this while when i felt weak Baba was my support, my Healer. I Visit Sai Temple on Thursdays with my best friend and one particular Thursday I saw him at the temple. Again, I was so furious to see him that i requested my sister to ask him not to visit that particular Sai Temple. During those two years he wrote several mails asking me to get back in his life and visited my mother too. My mother was very fond of him and wanted me to give him a chance. But I was so hurt that I wasn’t ready to forgive him for what he had done to our relation. Each time I prayed, I asked Baba to make me meet my destiny, the one who was written for me. I was afraid of getting heartbroken again. I left on Baba, how my love life had to be.

In February 2013, I decided to meet him one last time. I wanted him to stop sending me mails. He met my parents too and confronted that he wanted to marry me. At that point of time, I said ‘No’ to his proposal and asked him to move on. Thereafter, he stopped contacting me. But that was not the end. Few months later, things took a turn. I contacted him in June 2013 and i don’t know why, it was as though Baba was making me meet my destiny. I thought of giving him a chance for the sake of the bonding we shared earlier. We started talking and developments happened very fast. Our relationship and bonding revived and we got married in February 2014. My parents are happy as he is the ideal man who keeps everybody happy. I couldn’t have been happier and content in this life and I can’t thank Baba enough. He has placed my life in safe hands. My husband too is a strong believer of Baba and we both are grateful to Him. In every little thing, we never forget to thank Baba. With Baba’s grace we are very happy and are now starting a venture together. Hopefully we shall visit Shirdi soon. If you leave your life on Baba, He takes the best decisions for you. I married the guy whose face I never wanted to see. Trust in Him and your prayers shall be answered. Om Sai Ram