Anonymous Devotee from India says: Hi, to all Sai devotees, i am regular reader of this blog. I have experienced many Leelas of Sai in my life. Leelas in this blog act as oil in the lamp which helps to glow in the same way these Leelas help me to increase my faith in Baba. Please help me and all in their problem Your King of Kings and Father of all. Om Sai Ram, I am a small devotee of lord Sai from India and regular reader of this blog. I want to be anonymous only so please don’t disclose my name or email id. I am devotee of lord Sai from my child hood days. I don’t remember how I became a staunch devotee of Baba. I had experienced many Leelas in my life. When I look back into my life, I can see many Leelas in my life. My total family is great devotee of Sai. My brother is poor at studies. It is not because that he is not clever or hard working. It is because of bad school and my parents didn’t change the school. Though my mom used to say to my dad but as my dad was passive in nature and always think he is only correct he never listened to my mom. There used to be many quarrels at or home. 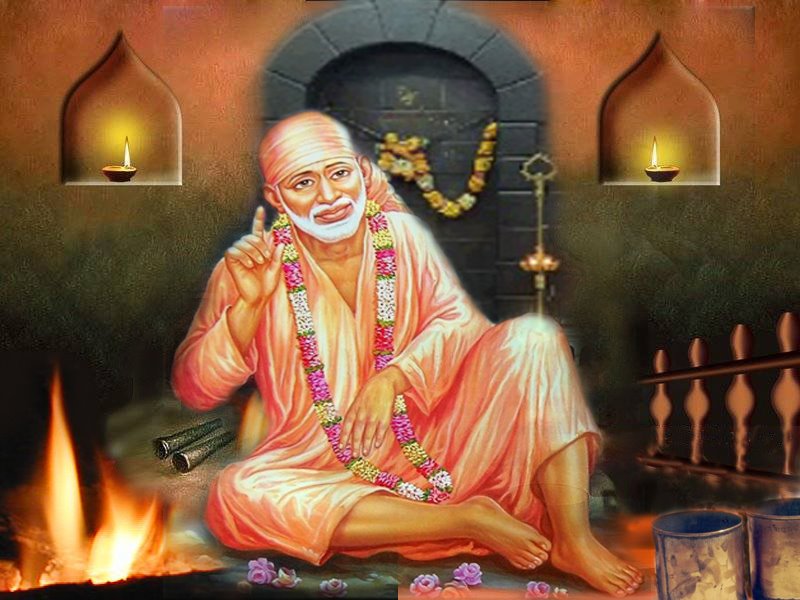 In this way 10 years passed (starting from 1st standard to 9th standard. My brother was failed in 6th standard so he was made to study the same class again). I, my mom even my dad was also not happy and everything was there at our home but we were having some dissatisfaction in our minds. My mom was always thinking about my brother’s future and education. All our relatives, neighbours were thinking less about my brother. We were not feeling about this we were just worried about his future. At last my mom started to do 108 Pardakshinas for 9 weeks then Baba came to our rescue He created such situations in school that my dad changed my brother’s school i.e., from CBSE to SSC. He didn’t even know the alphabets of our state language. I, my dad, mom, brother struggled a lot for total one year to make him learn from alphabets to 10 standard subject. My brother too worked day and night very hard. My mom started 9 Guruvar Vrat for total one year along with 108 Pardakshinas on every Thursday with lots of faith in Sai’s Holy Feet.

At last the day of board exam came. My brother exam centre name is Sri Sai Junior College. I was pleased to see and got immense strength and faith that Sai is with my brother. Every day my mom used to go along with my brother to the exam centre and she used to do Sai Satcharitra Parayanam there only. After 3 days of exam next day my mom was moving in streets to see the locality then suddenly she found beautiful Sai’s Temple very nearby. From that day my mom visited that temple regularly and prayed to Baba full faith. Baba came to centre in form of easy question papers, good invigilators and He helped my brother. During the break after the exam and before the result we were having very tough time. At last the day of the result came I was not even having courage to open the result. But by Baba’s grace my brother was passed with 6.8 GPA (First class). We were very happy. Everyone who was thinking less about my brother also felt happy. Now i also pray to Baba to join him in such a stream or course where he can settle in his life easily with a good job and please Baba be always with him. Om Sai Ram, Om Sai Ram, Om Sai Ram

Vision Of Shirdi Sai In Dream 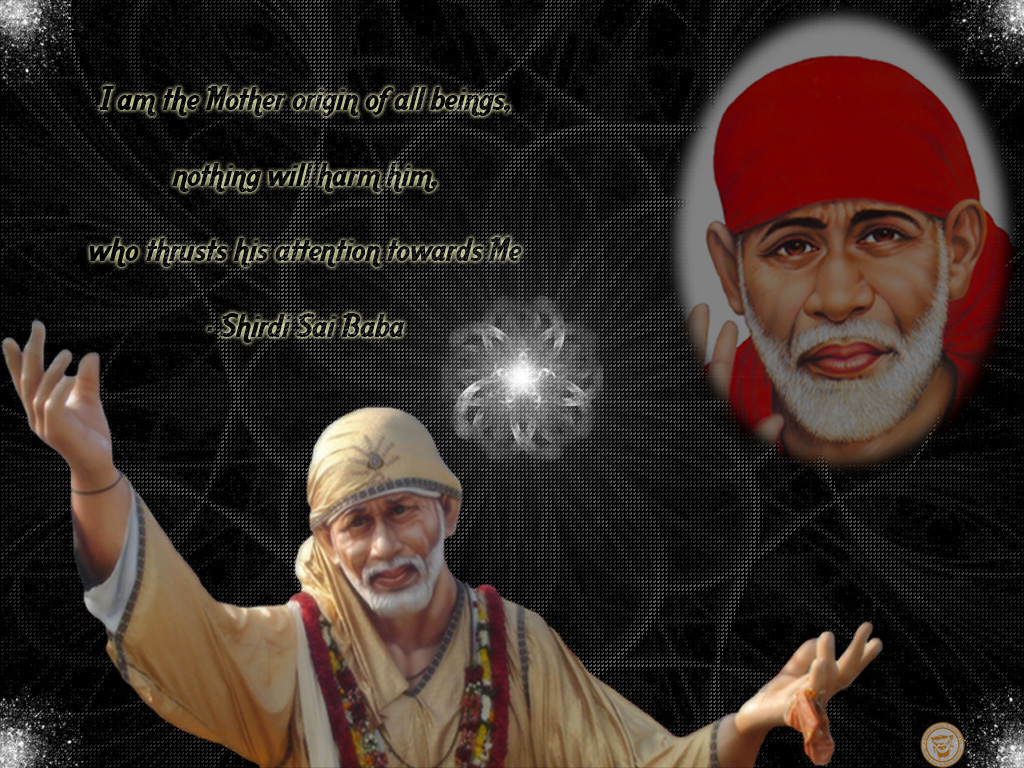 Anonymous Devotee from India says: Hi, I’m an ordinary girl working in an IT company. I became a devotee of Shirdi Sai Baba in my college third year and being a strong devotee since then. My parents are also sincere devotees of Shri Sai Baba. Sai Baba has always blessed me with good things in life and has always made me feel that He is around me. I read Sai Satcharitra every day and it gives me immense pleasure. Whenever I am sad I read at least one page and my heart becomes light. I also apply His teachings in my daily life. His wonderful ways of teaching can never be explained in words. I want to share a dream with you all which I got.

In the dream, I’m at Shirdi, inside Sai Maharaj’s durbar and I’m praying to Him whole heartedly. I’m standing at the right side of Sri Sai Baba’s Statue. Suddenly Baba’s face turns towards me and He is seeing me with a twinkle in His eye. I get extremely shocked and ask other people standing near me, if they see the same. They too answer in positive. I’m confused and shocked by this dream. It was like Baba has come to life again. I want to understand its significance and why Baba gave me such a vision. Please help me to understand this. I love Sai Baba and have full faith in Him no matter how many ever problems I face in my day-to-day life. I keep reciting “Sai” whenever I’m in distress. He comes to my rescue and saves me every time.

I request all the devotees not to lose hope at any point of time as Sai’s ways are unpredictable. He will definitely take care of His children more than a mother or father could do. I hope Sai Baba will explain the meaning of my dream through His devotees. I have a strong belief that i will get an answer for the significance of my dream. Sai ram, please forgive me if I have made any mistakes. Om Sai Ram 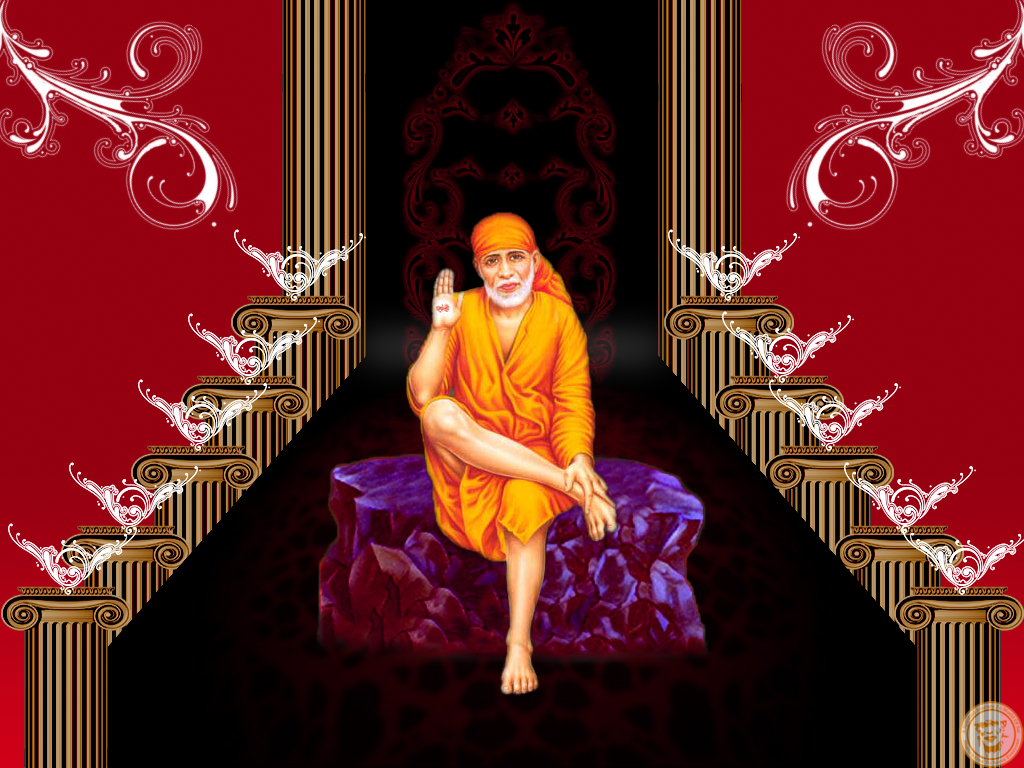 Anonymous Devotee from Australia says: Dear Hetal ji, Thanks for your services rendering to Sai devotees. You can edit wherever it is required. I want to share my experience which I promised to Baba. Yesterday and day before yesterday my Mother-in-law in India suffered from leg pain and itching which she had sleepless night, she had severe itching already she is having Diabetics. Yesterday night after hearing this news I prayed to Baba to cure her and have nice sleep by applying Udi in my leg and I prayed to Baba to cure her, today I called her she said ” i didn’t have itching only leg pain and I slept nicely” I am very happy to hear this immediately I want to share this miracle and I request devotees to pray for her to relieve permanently from leg pain. We are not blessed with a kid by Baba. Now I am in 40. I request all of you to pray for us for a child I don’t know why Baba is not hearing my prayers, He is everything to me. Without Him I can’t live. He answers all my prayers except this prayer for a child. Jai Sai Ram