Sai Sister Vani from India says: Hello everyone. I am 23 year old female from Chennai. I am a righteous and honest person. I always believed in God and pay my respects regularly, but I was not a Sai Baba believer. I just considered Him as a human being with yogic powers. I am about to tell you how i was proven wrong. I completed my MBA in the year 2013 and got placed in two banks and a company. When I was about to join one of the bank, my life was disturbed and turned upside down. What started as a simple MRI scan, soon revealed itself as a very rare form of bone cancer in my sacrum (a portion on which spinal bone rests) and the tumour has affected the nerves which initially caused pain and was directed to take a MRI. Everyone knows me only as a bold and confident girl with no stage fear. The minute I heard its cancer, all that I could think was “why me” and “why at this age of my life”?? 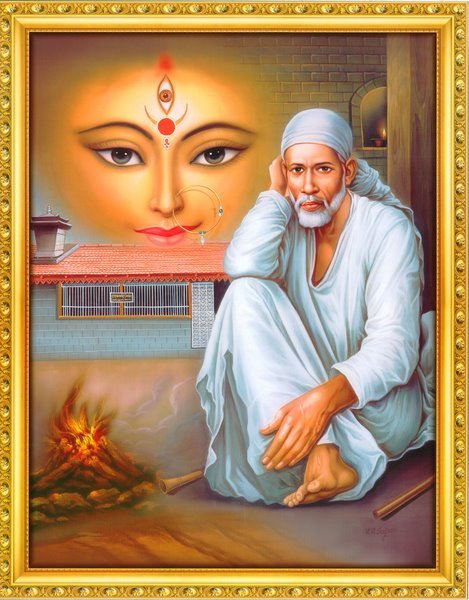 I continued praying to all my God’s and always prayed that my family must be protected and must give me strength so that I don’t keep my family crying all the time. Treatment in Chennai was useless as many doctors in Chennai have not seen a rare case like this. No one dared to operate me. I went to almost all the hospitals in Chennai including govt hospitals. Chemotherapy and radiation doesn’t work on my tumour at all. I am at the mercy of God and God only. One of my friends cousin who is a Baba believer, heard my condition and she right away told that I will become fine and alright that she can see my happy face now itself as Baba is showering His blessings upon me. I wondered what kind of person she will be, talking about happiness when there is no remote chance of cure. Later, my brother who lives in Mumbai went to Tata memorial hosp with all my files. The chief doctor himself got involved in my case and summoned me with newer scans. Again my friends cousin came and told me this “See, Baba started His magic, He is taking you to His territory”.

When I was in Mumbai, my dad’s boss happen to take me and my family to Shirdi. All that prayed was that the doctors must agree to operate me and i must walk after the surgery and I want to come here again fully cured. Later, I almost forgot to pray to Sai Baba. The doctors fixed the surgery date and all that they could promise was 95% chance of survival and nothing about walking at all. I was taken to the operation theatre and the doctor injected Anastasia, when I was about to close my eyes, I saw the holy divine image of Sai Baba on the ceiling. I woke up after 4 days and the doctors were able to save only single nerve. You know what that is – “I can walk again all my life”. I took a vow then that I will go to Shirdi again and stay for a month and will do a job or service that they allow me to do for free. Please pray for my speedy recovery.

Baba Blessed With A Job

Anonymous Devotee from India says: Hello, i am Baba’s daughter from India. I became devotee of Baba from my 8th standard. I feel Baba as my father. He is more than my parent. If i get any problem I will first say to Baba. If i am happy I will share with Him. He helped me with many things. He saved me from many problems. Without Him today I won’t be there. I have many experiences with Baba. Today i want to share one of my recent experiences. Please do not disclose my name or email id. I’m going to get married with a guy who is a software engineer. We are from middle class families. We both decided to work to improve our financial status. He wants to change his job. He is trying to get good job in an MNC company. He went to many interviews but did not make it. He keeps on worrying about that. He wants to get job before marriage. He went to an interview but has no hope. But i believe in Baba. Whenever i think about this i remember those two words told by Baba ‘Shraddha’ and ‘Saburi’. I have full faith on Baba this time my husband will surely get this job with blessings of Baba. All that I have to do is to pray Him and keep faith on Him. Finally my husband got job in an MNC company with Baba’s blessings. We are happily going to get married soon. Thanks a lot Baba. Please be with us always without You we are nothing. Om Sai Namoh Namah Shree Sai Namoh Namah Jai Jai Sai Namoh Namah Sadguru Sai Namoh Namah

Anonymous Devotee from England says: We are staying here in UK since 2 years. Our family is devotee of Shri Shiridi Sai Baba since long. But, I always feel that I should be more and more thankful to Baba for His continuous affection and grace towards us. I request to keep my details anonymous. My wife is 30 weeks pregnant with our second baby and keeping well with Sai Baba’s blessings. Suddenly yesterday she got lot of pain in her left knee and was even unable to walk. We used all sorts of creams & massage but in vain and she slept like that with pain. We were a bit tensed about how we can manage the coming days if the pain continues. Today morning immediately after getting up I prayed to Sai with pure heart to relieve her pain and used a spray which we forgot to use yesterday and asked her to take ‘Udi’. Due to divine blessings of Baba the pain was gone immediately. I am very much thankful to Baba for showering His grace and affection towards us continuously. Thanks for giving this opportunity to share this in Shiridi Sai Baba’s Miracles. Om Sai Ram