Baba Corrected My Paper And Passed Me In My Exam

Anonymous Devotee from USA says: “Sri Sachidanand Sadguru Sainath Maharaj Ki Jai” Dear Hetal ji, I would like to thank you for doing this service unconditionally for all Sai devotees. It is because of blessed souls like you and your team that we are able to share the love and blessings that Baba is showering every second on us and assuring us that He is with us every step of the way. Please do not disclose my name and email address. I have been praying to Baba since last 12 years but it is only in the last two years that I have noticed that if you are constantly praying to Baba with love, devotion, and have Shradha and Saburi, you will start enjoying a new kind of happiness in life that you have never experienced before. This is because, once you become His devotee, you will realize that Baba is with you and nothing can harm you as He is the sole protector. In other words you’ll notice a kind of stability and clarity about your life.

I am doctor currently in USA trying to pursue medical training in order to become a licensed physician. It’s a lengthy process where we have to finish 4 exams before we are eligible to apply for the training. I would like to narrate one of Baba’s many miracles that I have experienced. This was the time when I gave my Step 2 exam. I was preparing for my step 2 exams with great difficulty and planned to take my exam in August, two years ago. Since this field has become more competitive than ever before it was important for me to get a good score. In order to be well prepared for the exam and obtain a good score I was postponing the exam until I finally took it in October. After finishing the exam I was not fully satisfied with my performance as there were a lot of questions that I felt I answered them incorrectly (which is a common feeling shared by everyone taking these exams). There was immense pressure on me as the stakes were high. Since I badly needed to pass this exam to move ahead in my career I fell at Baba’s feet to help me pass this exam. As it would take 3 weeks for the results to come, I prayed to Baba sincerely that “Baba I know how I performed in this exam and I also know that if I pass in this exam it is only because of You”. “I have so many things connected with the successful outcome in this exam and I have to pass this exam with Your help only”, “I am leaving it on You Baba”, Please help me. I spent a lot of time sitting in front of Baba praying and crying for help.

Three weeks passed by and the day of the results arrived. It was on the morning of the results day, with my heart racing, I was waiting eagerly for the email to show up in my inbox. At around 8.45 am, “I received a message saying your results are available”. My heart was beating at 200 beats per minute and I could feel it pounding. It was the most intense 2 minutes of my life. I opened the attachment to see my results. As I was slowly scrolling down the page, I saw the word “Pass”. Since I was in a public place, I did not know how to react, whether to shout or burst with happiness. I thanked Baba from the bottom of my heart. I hardly cared for the score because, I passed with “Baba’s blessing” and when you have His blessings I did not care about the score. Eventually, He knows what is best for His devotees and fulfils it according to His plan. My joy knew no bounds and I thanked Baba from the bottom of my heart and shared this happy moment with my family. I have had happy moments in my life before but experiencing this ultimate bliss through Baba’s blessings was first of its kind. I would like to share other miracle very soon. “Shri Sachidanand Sadguru Sainath Maharaj Ki Jai 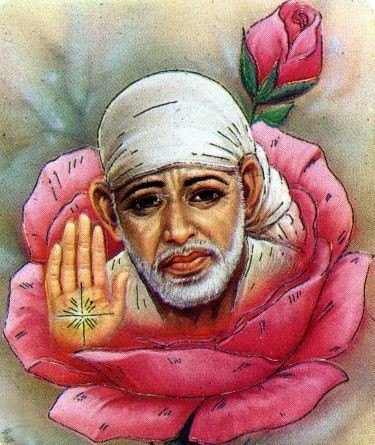 Anonymous Devotee from USA says: I am just a small devotee of Sai Baba. I have been going to Sai Temple daily since November 2013 and I have felt Baba’s presence every moment. Whenever I have faced any problems in life i have looked up to Baba and got solution to my problems. My younger brother has a court case, in order for him not to go to prison we prayed to Baba to get different program approved by Baba so that he gets custody credit. By Baba’s grace program was approved and he was put on waiting list. And I had promised Baba i will post it. But due to some reasons i forgot so Baba showed me His presence and now my brother is getting taken off waiting list and he might have to go to prison. Sai Baba You has always been there for me i need You now Baba please forgive me if i have committed any sins but help my brother. Today is Thursday please do miracle to help my brother and I want all devotes to pray for my brother so he can come out of this problem Baba please help me.

I Asked Sai To Come And Accept My Pooja

Sai brother Anurag from India says: I am small Sai Baba devotee. Sai Baba accepted my prayer. I am regularly doing teen Batti Deepak on Thursday and pray to Sai. I am doing Nav Guruvar Vrat. Today is my third Guruvar. This Thursday 1/5/14 while i am performing my Pooja i asked Sai to come and accept my prayer. The moment i light Deepak i saw Idol of Sai Baba on flames of Deepak. Anantkoti Brahmand Nayak Raajadhiraj Yogiraj Parabrahma Shree Sadguru Sainath Maharaj Ki Jai