Skip to content
Anonymous Devotee from Singapore says: Om Sai Ram, Good day Dear Hetal Ji. I wanted to thank you whole heartedly for making this platform to share our beloved Sai Raj’s Miracle with other Sai devotees. Not only miracles but our prayers, wishes, experiences and particularly His presence everywhere and at all time. I am a humble Sai devotee from Singapore. Please kindly do not share my name and email id. I don’t know from where to start or what to write. Seeking Our Sai’s blessing to write clearly and the way others would understand His blessings. Still I remember when I was in my college I have seen Sai Baba’s photo here and there. Even heard about Baba but I don’t know He is a great saint and the Lord. The wonderful thing is that before my whole family started worshipping, a big Sai Baba calendar is already in our home (an astrologer who believes Sai gave us) showing His blessing Hand. Now I realise the way He enters into our life. I have so many miracles happened in my life. Let me pen down each miracles shortly. 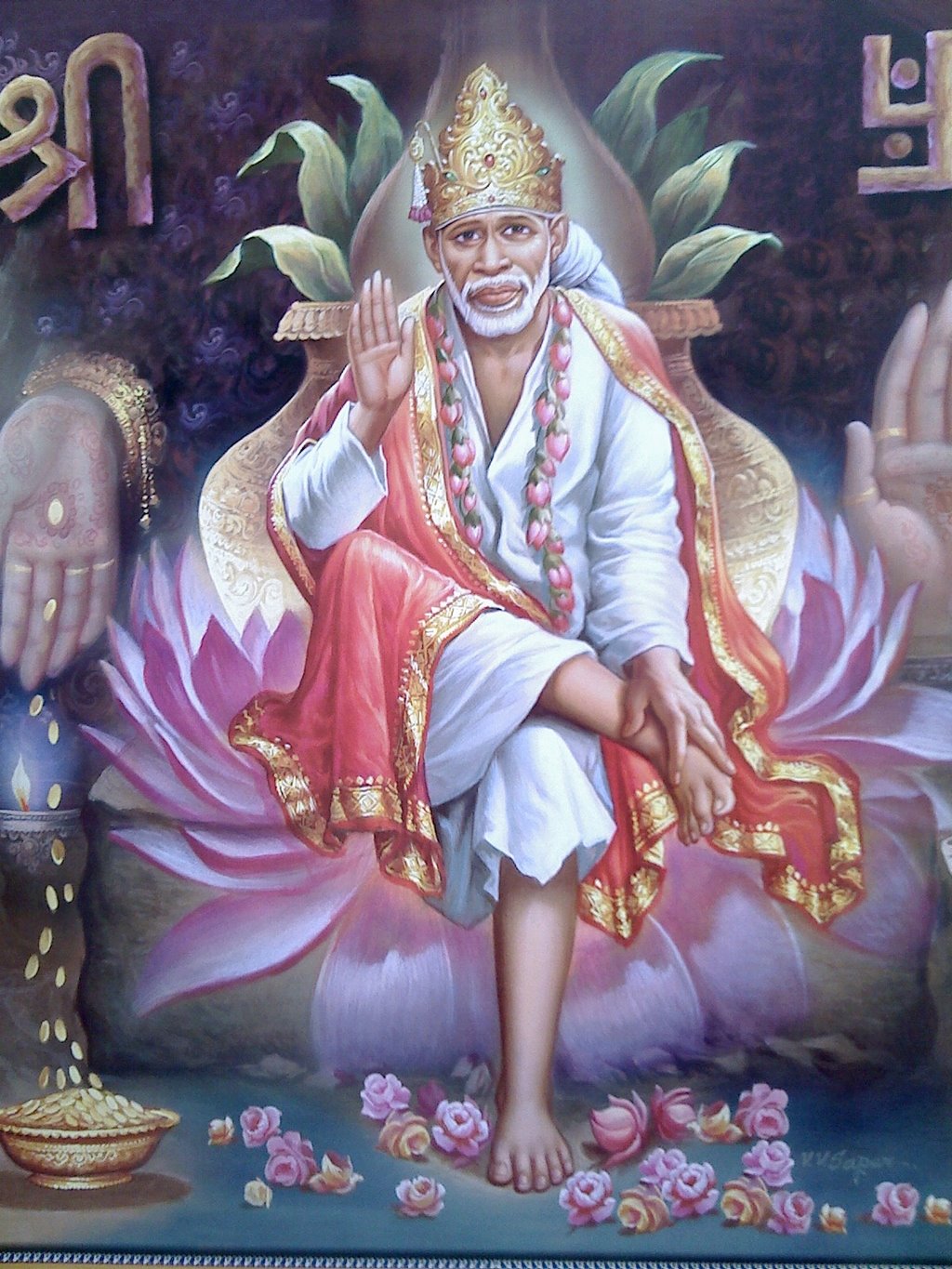 Mine and My Brother’s marriage: My brother is elder to me but he wanted to get me marry first. My parents were looking for marriage proposal to me. But nothing worked out for nearly more than 4 years. Everybody at home was very sad and my parents were worrying a lot. No need to say about that. Still I remember those hard tough times. At this stage, just to have some sort of relief or entertainment or something different I asked my friend “Shall we go to Shirdi”. She is a great devotee and she accepted immediately. Very big thanks to her. I wish to take my parents with us but worried they won’t accept to join at this current stage. So without their knowledge I booked tickets. 20 days before the trip I asked them to join me in Bangalore for the trip. Since all confirmed they agreed to join and we had a great Darshan of our beloved Sai. Later we felt it’s His call to wash our karmas. We went to Shirdi on Jan 2011, after returning from Shirdi by April 2011 my brother got engaged and I got engaged in June 2011. We both are happily married and Baba blessed with a girl baby each. He is the only Sadguru in which no one in the world cannot understand or view or even imagine how He takes care of His devotees. I know how painful the circumstance would be in the home when their daughters or son are not getting married at right age. So I pray for all the girls and boys who are in their marriage age to get a good nice true person at right time with our beloved Baba’s blessing.

Baba In our Tough Time: I had a miscarriage at first. When doctor said there is no heartbeat and my baby is no more. OMG i was scattered. She advised to go for DNC or I could still wait for few more days to get naturally my periods. We were in Singapore and my mother was with my brother in Dubai and my father in India. All were collapsed don’t know what to move on will do DNC or wait or will consult other doctor. We consulted other doctor but still the result is same. To do DNC here in Singapore it costs around 2000$, On top nobody is there to take care except my husband. My mom says came to India but my hubby says let me take care you well. I was simply praying Sai that I should get my periods naturally because doing DNC is expensive and no body to accompany and I don’t want to go back India with a heavy heart. Meanwhile my father had pass on the Sai Satcharitra of mine through my cousin brother. They came to see me and gave the book. You won’t believe we were trying to book appointment for DNC but there was none for that weekend. Very next morning only by Baba’s grace I got my periods and my Baba was only with me as my Mother. Thanks Baba for what all I have and what I don’t have today. You are the one Who knows better best and the right thing at right time for us Sai Ram.

Right Job at right time: I left my good job after my marriage so as to join my husband in Singapore. After coming here I faced many difficulties in finding a right job in my IT field. I was so depressed and lost all my hopes in getting a job. During those days I was more attached to spiritual involvement and fortunately I got this site during August 2012. From then on I never missed even a single day to read the experiences published. I feel my day is incomplete without reading the experiences. I feel restless when the post is getting published little late. Thanks again Hetal Ji. From this site I got to know about Nav Guruvar Vrat. I followed it and you won’t believe on my 7th week i was reading the experience in my mobile. One of the experiences posted was related to job and the person got his job after following his 9 Thursday Vrat. I was thinking how blessed he is and will I get one like this. Nobody won’t believe even me for a moment when my thought is going on I got a call flashing in my mobile from a HR where I attended interview with them some 2 months before. I got the same job when I complete my Vrat. Thanks to my Sai Raj. Love You Always Baba. I would say to everyone just be always humble and be patient and have ultimate extreme trust on Our Lord Sai to take care of our every move in our life. Make and keep everyone to get peace of mind with good health always. I have many more experiences of our beloved Baba in my life. I will share those very soon. Jai Jai Sai Ram.