Sai’s Grace On My Life

Anonymous Devotee from India says: Firstly, I would like to thank Sai Baba Miracles page and the admin, for giving us such a wonderful platform to share our experiences. These experiences increase the love and devotion towards my Sai. My best wishes. I am a humble devotee of Sai Baba, and He came into my life through my better half, who is Sai’s greatest gift to me.

My beloved Sai Baba has done many Leelas, but I would like to share a few here. Once I was suffering from knee swelling which I usually get once in a while. The previous time when I got this, it was very tough for me and I had to take complete rest for more than 2 weeks with severe pain. During the second time when i got the pain as well as the swelling, I prayed to Baba that it should not last long. Suddenly i felt the urge to apply Udi on the knee. Wonder. My pain vanished completely without any medication, and till date I haven’t got the pain or swelling again. To my surprise, I was not aware till that time that Baba’s Udi is a great medicine, it was Baba Who showed me the miracles His Udi could do. Similar was the case when I was suffering from mouth ulcer. Nowadays, I hardly take any medicine, why would I when Baba has gifted us with the beautiful medicine called Udi.

Baba Reminded me about my forgotten prayers: I once prayed Baba that I would donate some amount towards the Annadhan Fund in the Sai Temple that I visit every Thursday, also I wanted to offer a garland to my beloved Sai. Somehow, due to some financially critical situations I was not able to donate the amount as well as offer garland. Even though I felt really bad about it, I thought the time is yet to come. Slowly I forgot about the two, even as I pray and speak to Him daily. But Baba has His own ways of reminding us. Once I was in a confused state and not able to arrive at a proper decision, as Baba is my only saviour, I decided to ask Him through the question and answer site. My merciful Baba reminded me of the forgotten things through His answer which is as follows “You have forgotten your prayers and offerings in the past. Fulfil your duties and things will start going smooth. Have faith in Sai” I was into tears, and felt guilty for not carrying out my duties. I also felt Baba’s kindness towards me. He never punished me for anything but till date, He reminds me of forgotten things, keeps me aware of wrong doings. At present, I am praying Baba for an important phase of my life. I completely believe Him that He will take care of me and my better half, and do the needful to get us married soon. We strongly believe in Him and He never leaves His devotees. Om Sai Ram

Baba’s Grace And Blessing Helped To Get A Job 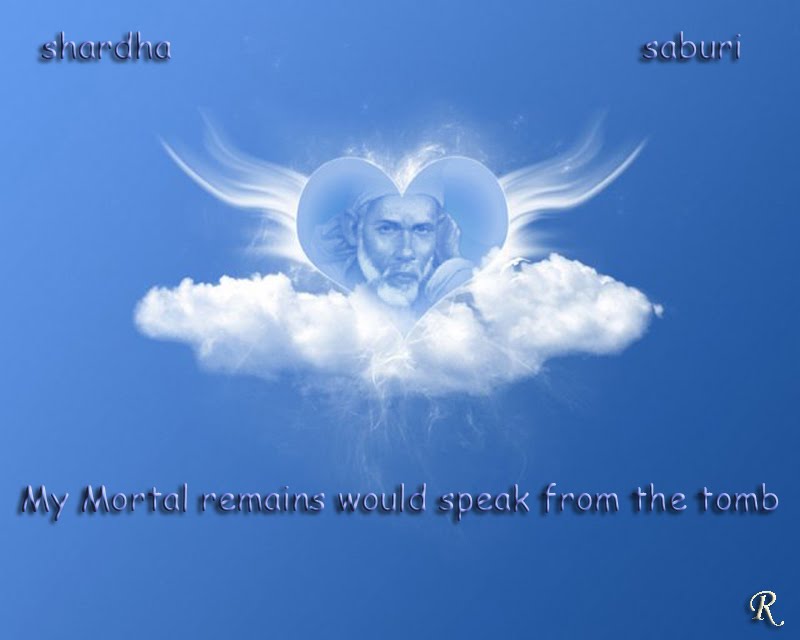 Anonymous Devotee from USA says: Hello Hetal ji and team, I feel very fortunate to be associated with you through your site, as I think that connecting with Baba’s devotees is like directly being in Baba’s presence. May Baba bless you immensely for all the noble work that you are doing. I am writing my experience which has been long due.

In Feb 2012, I got a consulting position for 1 yr in a good company by His grace and blessings. Then it was extended for 6 more months after which there would not be an extension, which was the company policy. My contract was to get over in Aug ’12. At that time, I was on H1B visa, so I had to make sure that I was continuously working. I was planning to look for new positions in June/July that year. But inwardly, I wished to continue in the same place that I was working since the environment was good and I was used to the work there. The only way to continue there was possible if I were offered a permanent position, but there was no talk of it. I was a bit dejected. Luckily, in Apr ’12, my husband’s EAD got approved and I too converted to EAD. My job hunt continued in the meantime. One thing that I want to mention here is that the company that I was working for did not do sponsorship, so getting EAD at the right time was helpful.

I attended a couple of interviews and got selected for one. That made me feels quite safe. Now, look at Baba’s play. He made the current company offer me a full time position and I was so elated because there would not be any visa issues since I had EAD and it was also what I wanted. The interview process was very easy but the background checks took a while. Though I got the offer, I still had doubts and negative thoughts assail me. I used to think, what if this doesn’t go through? What if an issue comes up? Thinking this way, I did not give up the other consulting offer that I got since I wanted to keep it in case something wrong happened with my permanent job process. So I gave my 2 week notice in the current company and was schedule to join the new position after my notice period. All this time, in the back of my mind I kept thinking that how nice it would be if all the formalities for the permanent position got completed before my notice period. That way, I don’t have to go to the new company. In the meantime, I had a change of mind and decided to stick with the current one, no matter how long it took and so I rejected the new offer with the other company which was for a consulting position. In those few weeks, I was a bit apprehensive but ultimately, by Baba’s grace, everything went well and I finally joined in the 2nd week of Sep ’12.

Anonymous Devotee from India says: Om Sai Ram. I am a strong believer of Sai Baba. I try to spread all the true stories of Sai Baba and all the information of Baba.

Om Sai Ram. I will share this story in a short way but will try to cover the important points. My parents were really worried about finding the right match for me. Since two years my family was busy in this, but did not find a good match. I could not see them getting tensed. I prayed to Baba to solve this problem. After a few days a relative suggested a proposal and we were invited at the guy’s place. I had asked Baba to give me some signals and that if i find more than 2-3 Sai Baba Photo’s in the guy’s house i will proceed. The guy and his family both were nice. I was given a chance to talk to that guy and found him nice and decent and i was shocked to see Baba’s 3 Pictures in a 2bhk house and not only that but his dad was sharing a lot of experiences he had about Sai Baba and how important Sai Baba Udi is. I was so relieved that day. I followed the signals and said yes. I am very happily married. Om Sai Ram