Skip to content
Anonymous Devotee from India says: I wanted to write my thoughts as it is and share my blessings that I have received from Baba. Om Sai Ram. I am a Baba devotee from the year 2000. My friend took me to the Baba temple and her faith made me a Baba devotee. 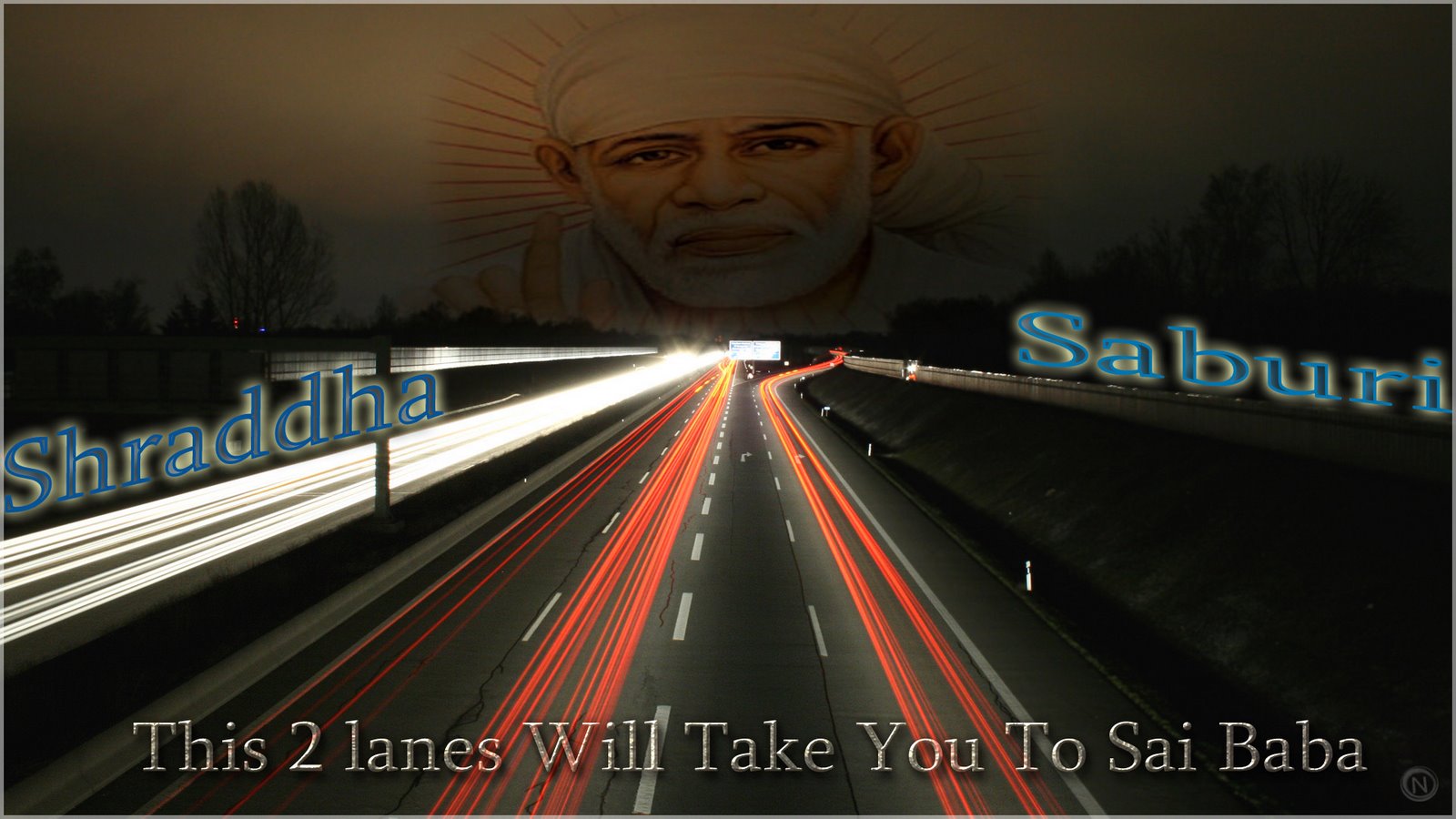 Sai Baba Miracles As life progresses we face new challenges and with every new challenge we become stronger. But to overcome these challenges we need strength. This Strength is derived from Baba as we pray to Him with Faith and patiently wait for His Blessings. In year 2000, there was lot of family and personal issues. Baba gave me the blessings to tide over them. In the year 2001 as I entered into the last year of my engineering, there was no money to pay for my college fees. All banks refused to give me loan as they would only give for the entire tenure. Relatives failed to loan or give guarantee for few banks. Scholarship money received had to be used for some family emergencies. I was lost and my only hope was Baba. One Bank staff had seen me approaching the bank for loans couple of times. She could see that I always came alone to ask for the loan alone and was very strong person. Students, who came for loan, usually came with their parents/grandparents and with enough backup. The bank liked my attitude and being a bold girl, they gave me a loan. Thanks to Baba I completed my engineering successfully.

All through these years I was praying to Baba to give me a good life partner, who will understand all my family situations, understand and accept me as I am. In Year 2003, I met my life partner and we soon found out we are soul mates. He is a Gem of a person and the biggest gift from Baba. Thank You Baba. When I met my Mother-In-Law for the first time, I told her few truths which none of my friends would ever say. I told her I don’t have any gold or property and I have to take care of my parents always. For the wedding I don’t have any money and anything she wants it will only come from my earnings. She didn’t say a word against me and all she wanted to know that if I love her son. She was happy that there was genuine love. With Baba’s blessings our wedding happened as a grand event with more than 1000 people coming in for the reception and wedding each. All this was possible as the banks gave me loans and my parents and in-laws supported us.

Few years later I became pregnant and the whole family rejoiced. Then around the 4th month of pregnancy, I developed severe back pain and started losing the senses on my legs. After a lot of tests and consultations, it was found that I had an infection in my spine and my spine was broken. Due to which the nervous system of my body had started to shut down and I had very few days to live. I was already bedridden by then. I was admitted in the hospital and the doctors told me that I’m in a very serious condition so they can’t guarantee my baby’s life or my life. The day before the surgery, my husband and I were talking holding our hands. That day there was so much of love in the room. And suddenly I felt Baba’s presence and something made me promise to my husband “I will come back from the surgery fine and alive along with our baby”. All that my husband needed was to hear my words and I know Baba blessed us that moment. I went to the surgical theatre with a smile and the Anaesthetist was very surprised to see me smiling. She said I’m the first person that she has seen smiling in an Operation Theatre. I don’t know why I did it but I wasn’t worried, because I know Baba is there with me and my husband’s love will save me. As I promised I came out of the surgery live and the baby was doing fine.

In 3 days’ time we had the next big shock in life. Doctors told me I can never again walk in my life. I completely believe in Baba. In 30 days, I started walking without any support. Thanks to my Physiotherapist, parents and my husband and friends for supporting and praying for me. Even though the surgery happened 7 years ago, the Surgeon says I’m still a miracle. Thanks to Baba. We were blessed with a healthy, chubby baby girl and I had a normal delivery. Thanks to my Gynaecologist who made this happen. All this was not possible if Baba had not guided us to the best doctors and the best treatment. There were many challenges that we faced and all we did was trust in Baba. He always gave what was best though it might not be what we wanted.

I have never been to Shirdi and with Baba’s grace went in March 2014 to Shirdi along with my parents-in-law. I always thought Baba was close to me but the presence I felt in Shirdi is speechless. After I came back from Shirdi, I had to make an important career decision. I read Satcharitra (for the first time I read the book) in 2 days and at the end of 2 days I got the results. It was not what I wanted and I cried but I know Baba has plans for me for that decision. Within 1 week He gave me signs as to why the decision He had taken. Now I’m fully confident as I start my next chapter of life, Baba is there to guide me and bless me with the best things in life. I have started reading this Facebook page only for the last 2 weeks and I always feel good when I read it. My husband and I believe in one thing. Dots always connect. Have Faith and Patience with Baba and you will get what is best for you in life thought it might not be what you asked for. Baba knows best. When there is pain, trust more in Baba. There is a reason you are going through the pain. It is for a better life. Om Sai Ram.