Skip to content
Sai Sister Priyamvadha from Singapore says: I am a Sai devotee from Singapore. I was on a vacation and had to be in Bangalore with my family during the Shivratri period. It was due to my Guru’s Grace that I was drawn towards knowing the Supreme Soul, Shiva. This experience is how Baba helped me celebrate my first Shivratri. For me this is more than a Miracle, because I asked Him to show me one Shivlingam and He arranged the Temple trip for me, where I saw all the 12 Jyothirlingam models in India. He is Sarva Shiva for sure. 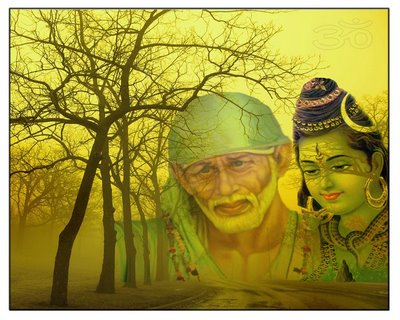 I was never devoted and spiritual in my life before, but knowing Sai Baba exposed me to many truths. With Baba’s Miracles in my personal life, I was drawn towards Lord Shiva, the Supreme Soul. I wanted to celebrate my first Shivratri, but we were in Bangalore. Also, that the 27th Feb was my last day of Sai Vrat and I had to choose between two. In my heart, my Guru Sai is equal to Shiva God. So I decided that I will complete my Vrat in Singapore on March 6th, and decided to celebrate Shivratri. I woke up at 3 am on Shivratri and watched a Shiv Mahima movie on YouTube till 7am, taking breaks in between.

I was a guest in my sister’s house in Bangalore, and when I enquired about the Temples, they said it was very far and almost to forget about it. I didn’t want to bother them too as it was a weekday and they have to make arrangements for my Temple visit. I asked my sister to tell me a nearby Temple and she told that she was not very sure of which deity is there. I prayed to Baba that please Baba at least let there be one Shivlingam in that Temple. When we went to the temple, I was so excited and surprised because it was Gowri Maa’s Temple. I watched the movie in morning and I felt that first I got the Darshan of Parvathi Matha. I did not see any Shivlingam Idol, so I prayed to Her to bless me on Shiv God’s behalf. As I was praying, the Pujari brought a small Shivlingam in brass and placed it in front of the Parvathi deity. I was so pleased when I saw the Shivlingam and I almost forgot praying. I was feeling overwhelmed that Sai Baba could make me visit the Temple and I could pray to Shiva God. On my way back, I preferred to walk and while I was walking, I saw all the deities. I used to pray in Singapore in my Pooja driving past me. I saw all of them in cars, and for me I felt that I could not go to temple, but they were always around me.

I decided to fast and I just had some coffee and banana. My mother mocked me, but I did not care much. I asked my husband to take me in evening to Temple and we decided that after my daughter sleeps around 4-5pm, we will leave to Temple. Usually I act like sleeping, so that she sleeps soon. But unfortunately that day as I was feeling weak from fasting, I slept at 4pm and woke up at 8pm. I really felt very bad that I slept and missed the Temple plan. Suddenly my husband and brother-in-law decided to go for a long drive and Temple. I got ready in ten minutes and within no time we were near a Murugeshwar Shiva Temple in Bangalore. It was like a Miracle to me, there was no traffic and we reached the Temple within 10 minutes. I almost gave up hope of visiting a Shiva Temple in evening, because I slept and did not want to ask my sister or brother-in-law. My brother-in-law is an atheist and my sister would challenge me to talk to him and make him prove about God’s existence. I don’t like to hear anything against God, so I don’t encourage such arguments too. But look at Baba’s Mahima; He made my brother-in-law take me to the Temple that evening.

We reached around 9pm and were waiting outside in the queue for 1-2 hours. I thanked Sai Baba so much because He made it possible for me. There I remembered how I asked Baba to show me one Shivlingam in morning. Outside the Temple, there was a 65 mt tall Shivlingam. While I was getting ready in morning, I looked at His photo and just ordered Him “You are taking me Baba, we are going to Temple Baba”. I really didn’t know what to pray remembering my own words. I felt that I was funny enough to order Baba, but it was also a blissful state for me, because He arranged it. Inside the Temple, it was designed like a cave and had all the 12 shrines of Jyothirlingam in India.

Me and my husband did the water Abhishekam for Shivlingam. I asked Baba to show me one Shivlingam and He took me to a temple where all the models of 12 Jyothirlingham’s were present. This is really Sai Baba’s Miracle, where I was in Bangalore, a city where I have never been and as a guest. I can only say Baba is a great Event Manager and that’s how I call Him too. He really does things in a way beyond our imagination. It was my brother-in-law who is an atheist, who told in morning forget about Temple plans, but Baba made him only drive and take me to Temple. He did not come inside the Temple, but Baba made him do it. Even the slightest or tiniest of our heart’s desire is read by Him and He makes it happen. I feel really blessed to know Him and be with Him.