Sai Baba Blessed Me With A Gift

Anonymous Devotee from USA says: I am Sai Baba devotee since 2013. I have experienced Sai Baba’s miracles in various ways. Here I would like to share one of the experiences.

I have shared few of my experiences before. This page is wonderful. I read devotees experience daily and it gives me strength and my faith on Sai Baba is growing high day by day. I have submitted a prayer request last time and Baba has fulfilled my wish. I was trying to get pregnant for about 2 years but whenever we try it didn’t work out well. We had doctor check up and doctor said everything is normal. My in laws were really pressurizing me and I was under lot of stress. I cried a lot in front of Sai Baba. I believe in Sai question and answer website. I daily check with numbers and I always received positive response.

Recently I was very much stressed and asked Sai Baba, please give me the precious gift “baby”. All my relatives are insulting me. Then I tried choosing a number in question answer website. This was the message I received “you will receive a gift, do not worry remember Shri Sai “. I believed that message. Now my wish comes true. Sai Baba has blessed me and proved that He will always listen to His devotees prayers and won’t let them down. I have experienced Sai Baba’s Miracle. I am pregnant now. Thank You so much Sai Baba. No words to explain my happiness. I need His Blessings throughout my pregnancy. Sai Baba please blesses us all. Om Sai Ram. 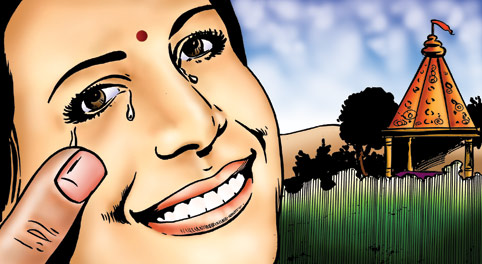 Sai Sister Jaayashree from USA says: My younger son had a swollen lymph node after a bad cold. The doctors advised us to get some tests and Scans done which was really scary. I kept praying to Baba that all the test results should be normal. Today, the specialist took a look at all the reports and cleared all doubts. Although he has said, to be on the safe side, a few more tests can be done. I am sure a second opinion would suggest that is not necessary. I thank Baba sincerely for taking care of my son and my family. Thank You Baba.

Sai Sister Payal from India says: Sai ram to everyone, my name is Payal and i am from New Delhi. I want to share my recent experience. From some days i was having a little pain in my left eye but i did not want to go to the doctor. So i prayed to Sai Baba that You are my doctor, please cure my pain from Your Udi. I had not told this thing to my family also. I applied Udi for many days on my eyes and also drank with water. After some days my pain slowly went away. I am very thankful to my Sai Baba. Please bless my family and everyone with good health, wealth and prosperity.