My Dearest Sai Baba Saved Us

Sai Sister from India says: My dearest Sai Baba saved us. I am from India. Please do not disclose my name and email address. I am basically a spiritually inclined person. I am brought up that truth and honesty alone can take you near to God. I recite ashtothra namavalii of Sai Baba daily. I had many dreams in which Sai Baba had assured me that He is with me. But this particular incident is very dear to me. Usually I feel dreams about the almighty should be between you and God. It should not be disclosed to others. Hence initially I had my own apprehensions about writing this post. i prayed to Baba to show me the right direction and his consent for sharing this dream and lol. Within 2 minutes i got a message in my mobile saying that ‘ type to download Sai Baba’s picture I was very happy and took that as Baba’s consent. 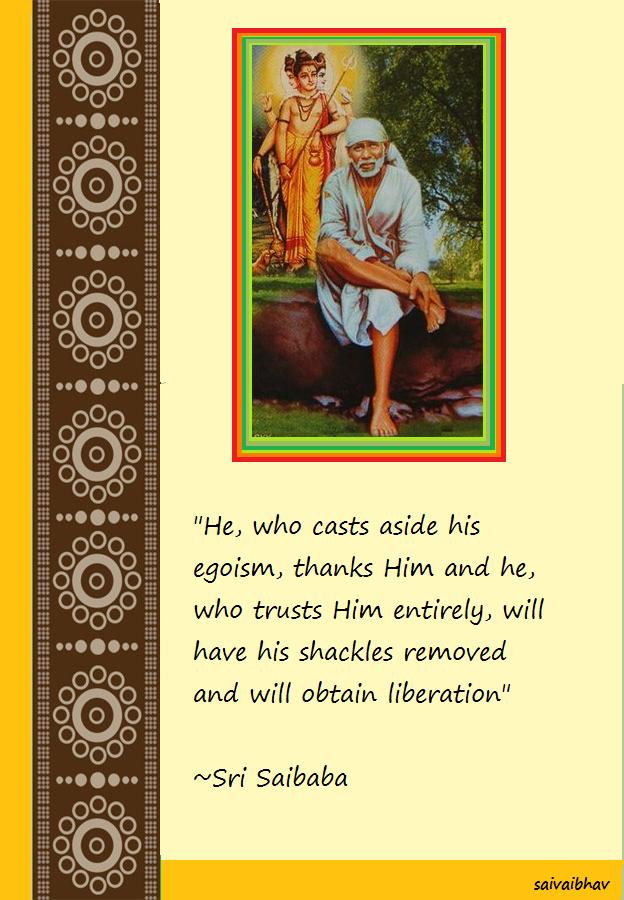 That particular night around 4’o clock in the morning my dearest Sai came in my dream. He was in His usual white attire and had his mesmerizing heavenly smile. He asked me “Do you want to come to me now?” i was literally shocked hearing this, I burst into tears and said ” Baba, how can I come now I have two kids and have my responsibilities towards them. Please Baba let me finish my duties and after that i will be at your feet “saying this I started crying. Baba smiled at me and gave me a jepamala and disappeared. It was a mala with beads i think. it was not clear. The following morning we were supposed to go to Trichy, me along with my husband and my two daughters. On our way to Trichy on the national highway around 25 kms before Trichy in order to avoid a speeding lorry overtaking us my husband gave way and in this process lost control and our car hit the middle cement partition of the road with such force that our car was dragged above the cement partition for quite some distance. Then it landed on the opposite side of the highway. Luckily no vehicles came in the opposite road. Otherwise we would have rammed into them. My husband was speechless and I was shivering inside.

My daughters were shocked. i knew it was my dearest Sai Baba who drove our car to safety. People who were standing in the bus stop on the highway came running to us to see if we are safe inside the car. They said that the car was literally flying from one side of the road to the other side of the highway. They were talking among themselves that it was a miracle that nothing happened to us. I knew this was possible only because of Sai Baba because He alone comes running to his children in need. Thank you Baba!! Sai Baba, I bow my head in gratitude for all the blessings You have given us. Please make me a pious soul so that i am capable of having your darshan in this birth itself. Om Sai Ram!!!

Sai Sister from India says: Om Sai Ram. Today I want share one of Baba’s leela happened with me recently. By Sainadh grace I got admission in USA and I am going USA next week. On 16th I have an interview (visa interview), all my documents are ready but when I checked my documents one document (my visa receipt) was not there. I was unable to find that so I prayed to Baba, Please help me Sainadh for 2-3 days I was really worried what will happen in the interview, they will think how careless i am and because of that missing receipt if i would not get visa. I was tensed then today I promised something to Sainadh (sorry I cannot mention that here) if I will get my receipt back I will fulfill my promise and when I checked my documents again I got that receipt there with those documents and that time I felt so relaxed that I got my receipt back because of my Sainadh. Sainadh solved all your problems and take care of you 24*7. Just pray Him whole heartedly your prayers will be answered and thank Him for every time and in every situation. Thank You Sainadh Thank You So Much. Om Sai Namoh Namah, Shri Sai Namoh Namah, Jai Jai Sai Namoh Namah, Sadguru Sai Namoh Namah. Om Sai Ram, Om Sai Ram. Om Sai Ram, Jai Sai Ram, Jai Sai Ram. Jai Sai Ram

Sai Sister Richa from India says: I have been a devotee of Sai Ram since 3 years. I do not know what kind of energy pushes me towards Sai Ma. But I feel Him in each and every thing. There are so many experiences, miracles of Baba. I am going to share one of my experiences here as I promised to my Sai Ram. I am sorry Baba to be late for this post. I do Sai Nava Guruvar Vrat, This Thursday I was not able to give any food or eatable to poor people. So with grace of Baba ji next day I went to temple and Baba give me darshan there. I thought I should give some food to poor people so I brought a packet of milk. But Baba ji had other plan. I was searching here and there but i could not find any poor person there. I asked two persons for milk but they denied. I was feeling so upset and praying Baba ji will you not accept my worship. I was keep on praying please Baba.

I was walking back to home with sadness. I almost covered half way to my home but there are no poor people. But as we all know our Sai Ma is very kind. Suddenly i have seen a man with beard. He was watching me like He is waiting for me so that He can take that milk packet from me. My happiness was on high sky. I was filled with tears and thanks with a true heart to my Sai Ma for accepting my seva. Sai Baba helps us in any form. He resides in each and everything in the universe. He never hope for anything except Faith and Patience. Sai Ma’s UDI is miraculous. Sai Ma is everywhere. I have no words to describe Maa, He showers His love towards His children. But He only wants Shradha and Saburi (faith and patience) from us. Our Sai Ma is very kind. Please Sai Ma help me. I know You will help us .Love You Baba ji. Be with us always. Om Sai Ram.