Sai Baba Coming Into My Life

Anonymous Devotee from USA says: I am living in USA right now with my husband and daughter. I would like to share my experience of how I became a devotee of Shiridi Sai Baba.

“Samartha Sadguru Shiridi Sri Sai Baba Ki Jai”. I come from Bangalore. From childhood I know Baba as a Saint and more powerful Man. I have visited His Temple in Bangalore just as I used to visit other temples. But whenever I visit, I use to have a comfort feeling and a kind of warmth. But I never realized why I felt that way. In October 2008 I got married and in November that year I came to US with my husband for short term project and everything was fine. We were going to Baba Temple here also sometimes, which was 45 minutes away from the place where we used to stay and that was the closest Temple. I felt the same warmth and secure, but still I didn’t realize His greatness or even I didn’t try to know further about Him.

Then we went back to India after my husband’s project got over and we had a baby girl too there back home. We came back to the same place in US after few months again for the different project. Then the rough phase of my life started and there were lots of problems in my personal life. I went back to India to visit my parents and I didn’t want to come back to US at all, because I was feeling it very tough to stay here and get adapted. I didn’t want to be here on long terms. I always had lonely feeling and I was missing my home and parents and everything very much, moreover we didn’t have any relatives here. I was brought up in a joint family and my family persons were very close to each other. I know many people would have come from that kind of background, but my problem was that I was not able to fit myself here. But my husband was insisting me to come back. Meanwhile my aunt’s family went to Shiridi and she gave me the Idol of Baba and the questions book. When I saw in that book it came “You Pray me I will help You”. I got the same answer though I saw a few times.

Then I came to US and I started Praying Him regularly and now I can say that I have surrendered myself to His Feet. Afterwards each of my problems started to diminish and my faith in Him became more and more. He blessed me in all ways and now it’s been more than a year here in US and I don’t know how quickly time passed by. I stayed here previously only for 8 months, but felt like years. It is really the store of merits of previous birth that He accepted me and my family as His devotees and I am ever thankful to that. Finally I pray with love and humility to shower His blessing on each and every one of us and each and every being.

Sai Is Listening Me Always 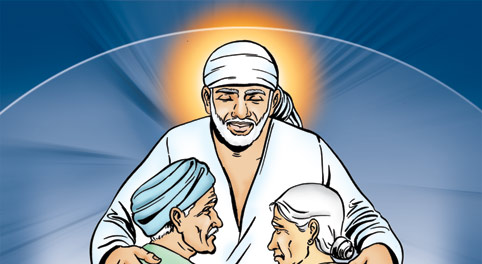 Anonymous Devotee from Australia says: I have only recently started reading this blog and find a lot of peace in reading other peoples experiences and I have been motivated to share my own. When I was to get married, one of my biggest concerns was ‘what if my husband doesn’t have the same faith in Baba as I do. When I met my husband, I liked him but wasn’t sure if he was the one. I used to visit a Sai Temple every Thursday and told Baba that I was very confused and give me a sign. Well, the next time we went out, our conversation turned to fasting and God and suddenly my husband opened his wallet and said, “I believe in Sai Baba, look I carry a Photo of Him”, that was just the sign I needed.

I came home and told my parents to say yes to the proposal. The Sai Temple we visited has a practice of circulating the Aarti Thali (plate) to all the devotees in the Temple after the Aarti is complete. As the Temple is managed by devotees and there is no priest as such, the Thali is taken around by other devotees. For a very long time I wished that someday I too would get a chance to circulate the Thali. I was amazed when, on a very busy day at the Temple (I think it was Gurupurnima as I recall) the Aarti Thali was suddenly thrust in my hands to take around. I was so grateful to be able to perform this Seva in the Temple. And the other amazing thing that happened in this day was that Baba was wearing the clothes I had made for Him and given Him a few weeks before. I was very touched that Baba was wearing those clothes on His very special day.

Another Miracle I would like to share relates to my daughter. I had a few miscarriages and was very despondent (hopeless) thinking that I would never be a mother. The third time, when I was pregnant, I prayed to Baba and listened to a lot of Bhajans. By Baba’s Grace, this time things went well and we were blessed with a healthy baby girl. We took her to the Temple on her 21st day and to my absolute amazement, the whole Temple was decked out in baby pink including Baba, who was wearing Baby Pink clothes. It was like He was telling me that He was there and showering Blessings on my baby. My other child was born on a Thursday and I thank Baba for blessing both my children and for Blessing us with them. Most recently, when we are passing through a particularly tough phase, someone I know who had gave me Prasad, Udi and Baba’s Photo from when they had gone to Shirdi. I took that as Baba’s way of telling me that yes, you are going through a tough phase but I am here with you. Baba tests us, sometimes in ways we don’t understand but He also gives us signals to tell us that He is around us and with us at all times. Jai Sai Ram.

Sai Brother from India says: Sai Ram Today is 15th Feb 2014. I and my father do not go along well sometimes when we have a conversation. I end up losing my peace of mind and get angry. Today the same thing happened and so I was not able to concentrate on my work. I decided to visit this website as it has always brought a smile. I was reading the experiences written on 14th Feb 2014. In one of the experience there was a picture of Swami, saying “Be ashamed of your hatred. Give up hatred and keep quite”. Shirdi Sai Baba. Swami encourages good thoughts just like he did to Hemadpant (As mentioned in one of the chapter of Sai Satcharita) Swami, Thank You.