My Marriage By Blessings Of Sai

Anonymous Devotee from India Says: I wanted to share the story of marriage which was not less than a Miracle.

I and my husband were school mates and we never talked to each other in school as we both were in different sections. Then my dad got transferred and we moved out of that place and I completed my 12th, Graduation and Post graduation in another city. We both came in contact through Orkut and common school friends around 6 years back. We chatted some times as he was in another country and I was in India, then we became good friends over a span of 3-4 years. We started sharing every little thing. He had a girlfriend and he was not happy in that relationship as there were frequent arguments and fights and no love. He opened about it only 2 years back.

I somehow got the feeling that he loved me. He told me many times that I should not have shifted after my schooling and he is unlucky. He didn’t know that what could be done as he had a girl friend and he gave her the commitment of marriage. He came to India for vacation and while leaving for India, he said he wants to meet me as we both had not seen each other after school and we only chatted online. I was under the impression that he was going to propose me, when he meet me as even I had feelings for him.

To my utter surprise he got engaged to his girlfriend and I was devastated. I used to believe and trust Sai from my 12th std. and I used to Fast on Thursdays as well. When I got to know about his engagement, I told him indirectly that it is better to stop the communication. He was very desperate to come to my city and meet me before flying back and I didn’t allow that. I was just praying to Sai and I was unable to understand as to what was happening in my life. Then after his repeated calls, I picked his call after 4-5 days, and then he told me that he had feelings for me but he couldn’t tell as he had given commitment to his girlfriend. Basically I stopped conversing with him. Then he went back from India. He was not happy that he couldn’t tell his girl friend before engagement and he was dejected.

Somehow he told his girlfriend that he had feelings for me and she in turn told this guy’s father. There was chaos all around and there were too many discussions, arguments. Meanwhile my family was looking for a groom and I told them the story. I got the scoldings and no one talked to me. I continued my prayers for Sai and I just asked Him to do whatever is good for both of us. The guy told his father that they had issues from the beginning and he was just compromising. When his father asked the girl she said the same, that there were too many problems. After too much of chaos, problems the engagement broke.

In our family, parents were completely against it and I told them that I would not get married at all. Finally After 10 months I was able to convince them. The boy’s parents were not ready for this marriage either as they were scared about getting him married in such a short span. Finally he was able to convince his parents and now we both are married with Blessings from both the families and Sai. I used to read all the stories and thought I will share my experience once I get married. 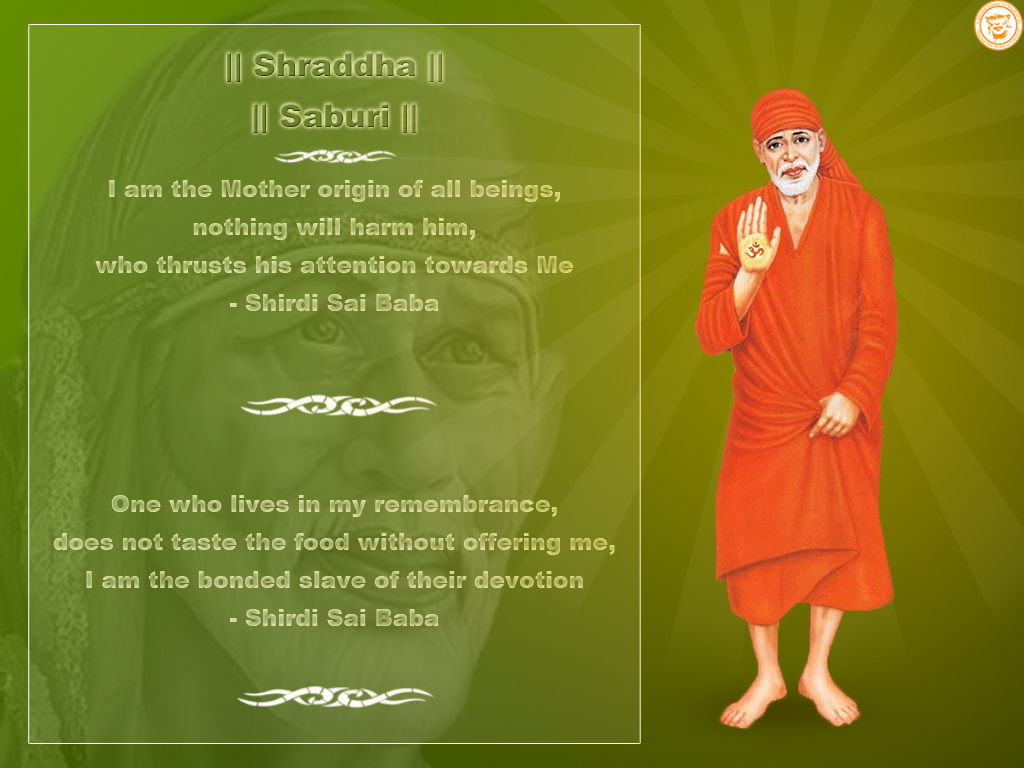 Anonymous Devotee from USA Says: Om Sai Ram. I am presently in USA, a Devotee of Sai Baba.

First of all, I would like to thank developer of this site, Hetal ji, Thank You So Much. I am Sai child since a couple of years, since then He is taking care of me, i have many Miracles in my life.

FIRST EXPERIENCE: Last month i had severe pain & health issues, i was on fast for almost 48 hours not even a sip of water, i could not even get up from bed. I was praying Sai all the time, this was the first time in my life i felt very sick. I was ill like, i will be no more in this world with this severe pain, that night Baba came in my dream asking me to offer ‘Butter Milk’ to Him. I could not do that because of ill health. Next morning i was like with no more pain or any health issues, Baba blessed me in dreams. And next day i offered butter milk to Baba. No more pain and health issues in my life.

SECOND EXPERIENCE: This is my first winter in USA, it was so cool temperature that is -4 degree, and the time is around 11 pm. I was on the way to home, it was so cool and freezing, my hands and legs were almost frozen. I was continuously praying Baba all the time to be with me. Here on the roads it will be all snow on the snow day, but we can walk. But the next day it will be even more horrible to walk on that frozen snow. It was like ice and i did not noticed that ice and i slipped, but not fallen down. I was stopped there as if someone pulled me back, so i did not fall, Who else can be? Baba i am Thank full to You. I finally reached home safely.

Recently, i prayed to Baba to be with me and bless me. I want to write written test to learn driving here. I was surprised to see my results as i passed it in first attempt. Thank You Hetal ji, for this opportunity. Om Sai Ram

Sai Is Sun Of Me

Anonymous Devotee from Dubai says: Om Sai Ram. I want to say thank you to hetal ji to give me a chance to share my experience here. I am working in Dubai as civil engineer. I am devotee of Sai Baba from childhood. But, I feel His presence completely for past month through Sai Miracle. I had a lot of experience from my Sai Baba. I would like to share the wonderful experience.

FIRST EXPERIENCE: I was worried because of my less salary. I prayed to Sai Baba to give increment. In between, i got Sai Baba photo from Shirdi through my friend. Next day morning, i prayed Sai Baba. I open my purse to see Sai Baba small Photo, which i got from Shirdi. At that time, one coin came from purse and fall down. I thought it is just a fall. After that, same day evening i got a message on my mobile for my salary increment. I thank Sai Baba to give increment through His Miracle.

After one hour someone touched me at my back and i turned to him. I don’t know him before. He asks me about medical check up token. I said to him i don’t have token to enter medical check up because token counter was closed already. Then suddenly he gave me token from his pocket and he said me how to go for medical check up, even way also. Finally i went to medical check up and after three weeks i got result and i was pass. I cried and I thank to my Sai Baba for protecting me from the problems always like Mother. I thank to Hetal ji once again to give me a chance to share my experience here.