Skip to content
We are glad to inform you all that Akasha Kurapati and Sonia Sharma are selected as “Junior Editors” by Lord Sai Baba for editing received experiences. Now we can get more into technical aspects while the Sai sisters will help us in editing experiences. They are slowly getting into our system of working and i am sure with grace of Lord Sai Baba they will do very well. But until this transition takes place please bear with us as there may be delay in posting experiences. We congratulate both of them and hearty welcome to our team.

Today’s experience is a tonic for those who are in search of job or have been laid out from their current jobs to behold Lord Sai Baba and wait for their turn to receive blessings from Him in the form of a very decent and well paid job.

Anonymous Devotee from USA says: I am Prashant and I currently live in California. I have been a devotee of Baba for the past seven years. I would like to request the Admin to go through my experience and make the changes if necessary. I wasn’t aware there were rules. 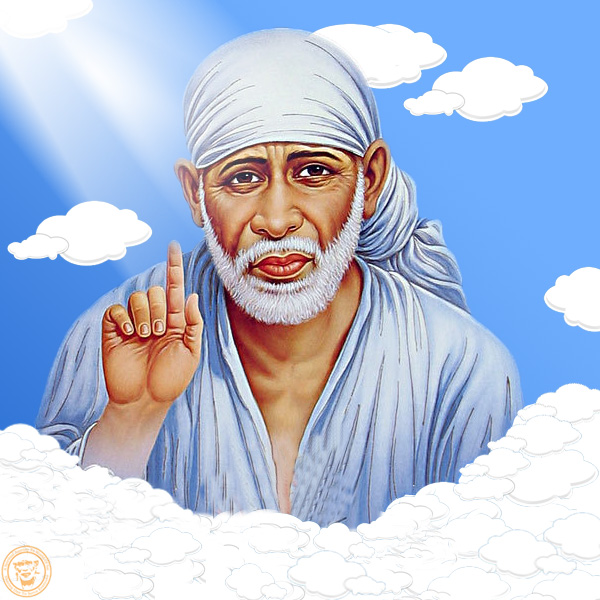 I am an Engineer from California; I work in a major company in my field. I joined it to two years back and recently wasn’t happy with the work I was doing. So I wanted to change team and I had one team in mind all the time and I prayed to Baba one day, to move me there. I am a devotee of Baba and I read His Book (Sai Satcharitha) every day. So following events took place in my life, which were very depressing and also increased my faith in Baba, because without His miracle I wouldn’t have made it. These events – both up and down, took place in a span 20 days and I have written my experience with all the dates!

Things unfolded the following way – 19th October was my birthday and it was a weekend and I had a good time with my friends at my place. The next day also we had all been out and enjoyed. The following Monday, I went to the office and my director asked me to join him in the meeting room in 15 mins. I said “ok”, and went there after 15 mins. He asked me to take a seat and said I was being let go, as there were many redundant positions in the team. I was heart broken, didn’t understand what was happening, I was shivering from inside, I was restless; I went to the Baba’s temple near my office but still couldn’t get my emotions out. I just prayed to Baba in the temple and asked Him to save me. I came home and my wife was surprised as to why I was home so early and later when she looked at my face she could figure out something was terribly bad and she started crying and held me tightly. I told her what had happened and she was shocked!!

I started looking for job the same day as I had only one month left and I had to do everything in that one month to get a job otherwise my h1b would be revoked and I would go out of status. I was afraid and didn’t know what was going to happen, I spoke to everybody, I called up people and spoke to many friends and asked them to forward my resume, I was getting nervous as day’s passed and I prayed to Baba that He is the only savior and He is the only One Who can get me out of this mess. I knew it hundred percent that there was something which Baba had planned for me, already. The week was coming to an end and there were few calls but nothing substantial was happening. So on Thursday of that week my wife started doing 9 guravar Sai vrat, and on friday two interviews were set one was an internal position which was very difficult and the next one was the following day. For some reason, I was sure, I was going to get the former one at any cost. It was my gut feeling that Baba will be there with me tomorrow and I will get that job. This was on the 28th and I had the interview next day.

I didn’t do the interview well!! I was heart broken and I went straight to Baba’s temple from there, and I found that the temple there was closed. I was dejected and felt even Baba doesn’t want to see me now. I was angry. Finally after sometime when I cooled down I realized how stupid I was. If not this one, may be a better one, and I moved on. I continued praying to Baba again – I told him I have nothing left; it’s all You, if You cant help me then no one can.

I got a message from one of our internal managers saying he had a position and he would want to talk to me. I was surprised as I had already interviewed in that team before (2 months before as I wanted to change my team) and I hadn’t done that well; as I wasn’t prepared then. I did not understand what was happening; I said fine let me go ahead with the interview. This was definitely a miracle because I had never applied in his team and had thought I would never be able to make it. I was applying to all the different teams but his, but as they say it was destined to happen and my resume landed in his team from a different manager. The following day, 31st October, I had an interview for the position and they were really impressed and I was waiting for their response.

I called the manager of the team to know the status. He said he has couple of more candidates who had applied for that position and he would get back to me after that. I said fine and waited on it. In the meantime I had also applied for a position in a different company and it wasn’t an employee position (contracting). It was far off on the other coast. I still applied for it and got the job but that wasn’t the job I wanted as consultants are treated very badly and I had already had an experience with them once before. I was literally begging Baba not to send me there.

Today Baba proved to me as to what his plan was all this time. He was just full filling my wish. If you remember, at the beginning of the blog, I had mentioned that I had wished for a particular job, actually this was the one!!

I had the final interview today for the same internal position, the guy who interviewed me was impressed and gave a wonderful feedback to the manager and today itself he gave me a very nice offer, the offer which I was always praying for.

Finally, I would like to conclude by saying that if you believe in Baba you don’t have to fear anything. Strong faith in Baba is good enough to get through any kind of problem.

I would really like to thank you all very much because some of your lines on Facebook actually gave me lot of strength and belief that baba will rescue me, especially this one:

“Believe in power of your prayers. If you get stuck in any unpleasant situation and need baba help immediately pray to baba like this … “Baba wherever you are.. Whatever you are doing please come now immediately. I need you. Save me”.

Thank you Baba. Thank you very much.