Skip to content
Anonymous Devotee from India says: Hi Hetal Ji, I am a regular reader of this blog for the past few months. I have already posted a blog and this is my 2nd blog. While surfing in Net to know about BABA’s life history, I found an Interesting journey on how SAI reached the land of Shirdi. 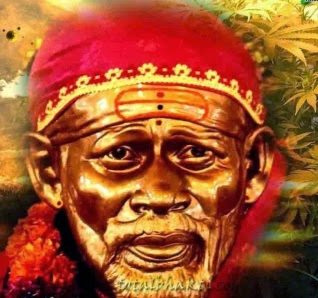 I am really feeling blessed to post about BABA’s journey to Shirdi. It is been said that this is the real happening on how SAI reached our Holy Shirdi. Many of us might know and many are so curios to know what happed in SAIMA’s life before He reached Shirdi. Below I have copied and pasted the entire happening that is described in another blog.


JOURNEY OF BABA TO SHIRIDI: Did any one wonder, who were the parents of Shirdi Sai Baba? Where was He actually born? Well I am sure everybody would have, especially those who have read the books on Baba have these question in their minds. Today we went to a temple in Fremont, where Baba’s Prana pratishta was going on and there came an ardent devotee of Baba named Vishwanathan from Texas, who narrated the birth and journey of Baba from Patri (a small village in Maharashtra) to Shirdi and how Baba was born to Ganga Bhavajya and Devagri Amma in Patri with the blessings of Lord Shiva and Parvati. Also that Baba is none other than Lord Shiva himself in the human form.

I was so moved by the story and thought of narrating a summary of Baba’s journey from Patri to Shirdi in my blog today. I have taken some info from net to describe the story. So blessed were the couple with three children. The third child is being Lord Shiva himself. The child was left in a forest under a banyan tree, as Ganga Bavajya wanted to see Lord Shiva in His true form by performing penance. Devagri Amma, did not know whether to follow her husband or to take care of the child, decided not to leave her husband and took his path with full of tears leaving the child in the forest.

The child was raised by a Fakri (mendicant) named Roshan Sha and he called him by the name Majida. In those days there were clashes between Hindus and Muslims. Under such conditions, the behavior of this boy used to be peculiar. He would suddenly enter into a temple one day and start yelling, “Rama is God, Shiva is Allah”. Both Hindus and Muslims used to admonish and punish him. On seeing this, Roshan Sha’s wife used to suffer a lot. Finally, unable to withstand the complaints against the boy, she decided to hand over the boy to a Sadhu by name Venkusa in a nearby village. Venkusa was a devotee of Lord Venkateshwara. He used to visit temples, Masjids and also Gurudwara. He had no discrimination in terms of cast and creed. (Example: Raised Baba with the name Majida only).

One day when He visited a temple Sawaghahi Dargah in Ahmedabad, He heard the following words coming from there: “Salaam alekum Maharaj! You are born with a purpose. A hundred miles from Selu Village, there is an another village by name Manwat. There Allah, who is born for setting this world right, is being brought up in a fakir’s house. After you go back to Selu from your pilgrimage, the boy will be brought to you. You must accept this boy as your pupil and teach him. This is God’s work. The boy will be grown up in your care and will become ‘Guru’ for the entire world.”

So we can say Venkusa is the Samardha Sadguru of Sai Baba. He taught Him all the Shastras, Vedas and gave Him all the powers. The boy, who was just completing 16 years of age appeared fully mature, with divine powers. Venkusa told the boy that He had done His duty as per God’s decision and the day was not far off when they would be separated. Venkusa wanted to give the boy all the valuable ornaments he was wearing, but the boy declined to have them. Instead He requested Venkusa to give Him the brick which had hit Him on His forehead while saving Him (boy) from the murderous attack. Overwhelmed by His request and with tears rolling down from His eyes, Venkusa gave Him the brick with His blessings. He wished that the brick alway’s be the boy’s companion and life partner. The boy also requested Guru Venkusa to give Him the piece of cloth drenched with blood while cleaning His injury.

Moved emotionally by such a request, Venkusa tied the cloth piece around the forehead of the boy and declared that it would protect the boy at all times. He told Him to proceed along the banks of river Godavari and the place, where He found complete peace would be abode. He also advised Him to keep away from women and wealth.

After walking for three days along the banks of River Godavari, the boy reached a place called Kopargaon in the year 1854, Margashira month on the third day after full moon. After taking rest for a day, He again proceeded and reached the village of Shirdi by evening. Not willing to approach anyone for shelter, He began to live under the shade of a big neem tree. This is the journey of Baba from Patri to Shiridi.

I was very happy to know this story as I was not aware of the life history of Baba and wanted to share this today, so that many would be aware of this. OM SAI RAM.