Skip to content
Following is a very interesting experience which is shared by Sai sister Meeraji who has shared many of her experiences on our blog. You can read her other experiences by feeding her name in search bar above.

Sai Sister Meera ji from USA says: Hello, I am Meera Bakshi. I have posted many of my experiences of BABA’s grace on me and my family. Today I read the post from UK Sai Devotee and he has mentioned Nityanad ji at Ganeshpuri made me remember a strange incident happened to us when we visited a place named Mount Lemmon, in Tucson, AZ.

I want to share the same with my sai brothers and sisters.

Let me share this wonderful experience we had at Mt. Lemmon, Tucson . It’s height is 8125 ft and it is a wonder place where in the region of desert Arizona you could see the tall pine trees like Atlanta, GA. There is a ski resort too!!! 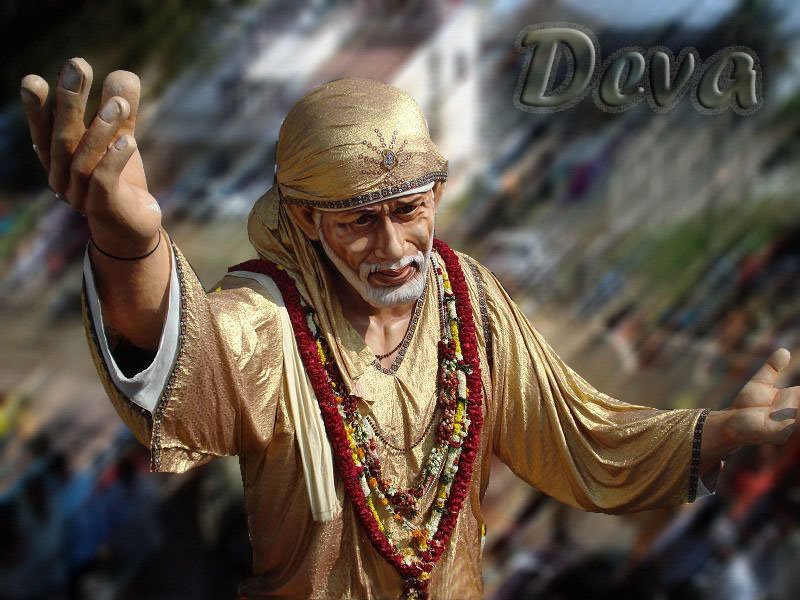 After my son’s wedding, my daughter in law’s uncle auntie were the first visitor at our place so we decided to take them on some special tour. We went to Mt. Lemmon which is almost 2 ½ hour drive from where we live. We were six people visiting this place. We decided to have a skylift ride at the ski-resort at that location. There is circular rope way with hanging benches. On each swinging bench 2 persons take seat. Me and Dhara’s Auntie were the first to get on such a bench, in second bench husband and my daughter in law’s uncle, and on the 3rd one my daughter in law and my son. This skylift takes up 1000 ft. We reached on the top level. After 10-15 minutes browsing around that area at the highest place, viewing surrounding area from the height of 9000 ft and taking pictures too, we were to get back to the sky lift station. The skylift operator helped us getting on the bench. Once he made sure we are secured to the bench he pushed the hanging bench and of no where he said “Ohm Namah Shivaay!” that is our traditional Hindu way of praising our Lord Shiva. We were happily surprised to hear such an address from an American lift operator!

Well, the next pair to seat in the sky lift bench were Haresh and Dhara’s uncle. Due to the balancing the whole set of sky lift benches he has let 3-4 swing benches so we were little ahead of them. We heard “Hari Bol” meaning somewhat like “chant the name of GOD” and he was standing behind the swing, once both the persons seated properly while letting the swing bench go, he leaned towards my husband’s head and whispered “Nityaananda”. My husband was sitting on the right side of my daughter in law’s uncle. So my husband’s left ear and my daughter in law’s uncle’s right ear could hear the whisper. The swing bench was in motion right away so there was no time to figure out what happened, but suddenly my daughter in law’s uncle realized and told my husband “ Do you see, you are given a NAME!!”

Now let me give you some background. My husband and my daughter in law’s uncle were the pair while coming up too. They were just talking about how my husband wanted to go to Himalaya’s for spiritual studies etc. My husband said that he had met and seen his Guru only once while he was just 10-15 years of age when he visited Rishikesh (up North in Himalayas) and met St. Sivananda Swami. And during that short visit he has experienced “realization” and since than he was reading more and more about the teachings of Sivananda Swami, (even right now he maintains his diary regarding his daily activities over the internet website of Sivananda Swami!!)

My daughter in law’s uncle asked, did your Guru gave you any NAME as his disciple? Or did you decide some spiritual name for yourself?

My husband: No, there is no such NAMING ceremony done, the NAME is to be GIVEN and that too in presence of some other person who is not a close family member.

So when they realized that the swing operator whispered A NAME in my husband’s ears, and that my daughter in law’s uncle could hear but nobody else was around and they had no chance even to communicate with that swing operator as the swing was already set in motion!!!

They both were stunned to realize what had just happened!

And another strange thing that took place is the sitting arrangement during this trip. We were 3 couples and naturally we would have gone each couple on each bench. We had a pair of binoculars and I was the most interested person to have that with me and no one was ready to carry anything on that ride. So last minute I grabbed and carried that with me up to the skylift station. My daughter in law’s aunty was rather interested using binoculars if she get a chance and so we decided to be a pair, my son and his wife as a second pair and my husband and my daughter in law’s uncle as a 3rd pair!!

So it just happened that when this unknown person, whispered the name “Nityaananda”…there was a presence of “another person” but not unknown person to us, and not me which could have been a sitting arrangement in normal situation!, as if to fulfill the requirement of such phenomenal thing that my husband had mentioned while they were going upwards ! Isn’t it strange????

And today reading about Nityanand ji at Ganeshpuri who asked that Tamil Iyer gentle man to start a restaurant etc., I felt goose bumps.

I really feel blessed and always feel so lucky to witness BABA’s krupa on me, my family and relatives.