Anonymous Devotee from India says: My sweet heart and I are in love since 3 years. One fine day, he went to Vijayawada for his friend birthday party. When they were coming in return, they met an accident. Actually what happened is recently my boyfriend met an accident and one of his friend passed away in accident. Luckily he was out of danger at first. Later on when admitted in hospital, doctors said that his leg was broken and the next day they had done surgery for him. Everything was alright until then. Suddenly there was a breathing problem and he was unable to breathe after the surgery has been performed. Doctors said that he will die in 1hr. Didn’t know what to do now. 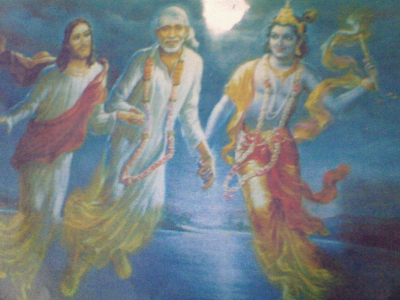 One of my friend informed me the matter. Soon I took Baba’s UDI and ran to hospital and took permission and went inside the ICU. The condition was so critical and I cried and cried a lot. Doctors said that intestine surgery must be performed in just 1 hour or else he will die. Before going to surgery, I placed UDI on his forehead. The surgery was being done. One of the doctor came out and said that we are sorry. He will die in few minutes. Everybody left hopes on him. But surgery was completed and they placed him on ventilators and kept in ICU.

He was there for three days. Doctors asked us to leave hopes on him. These 3 days, either his mom or I one or the other is placing UDI on his forehead. After 3 days, a miracle happened. He was alright then. Even doctors had shocked. Even they don’t know how this happened. But I and his mother know that it’s just because of Baba. Thank You Baba. We love You. He is alright now just because of You. Om Sai Ram. Baba, we need Your blessings. Now from 1 and half month, we both are not talking to each other. I believed only in You. Please Baba, I can’t live without him and I know even he can’t live without me. Please Baba please help me. Om Sai Ram. 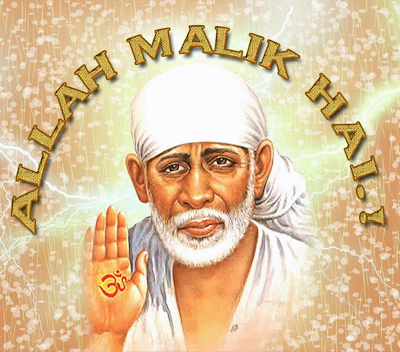 Anonymous Devotee from India says: Finally, my time has arrived for marriage. At my home, they were seeing matches for me, but I was tensed as every girl does. It was the first match for me, whom I met. Everything went well. Later it was a Yes from their side. Even it was Yes for me and my family. But, it took one week for us to say them as we were tensed. If once Yes, it is Yes and there won’t be any chance again to change our decision.

I lost my dad during my Inter, so it was me my mom and my brother to decide, which is the main consideration. But, the feedback was good about the groom and family. So, I decided to pray Sai Baba. I told him, if that guy is best guy for me I would go forward. You have to be with me always if any problem and I went forward with the match. Today, I am really happy as I got the world’s greatest husband and very lovely family, which I always dreamt of.

Yes Baba is with me for everything and forever. Just want to tell incident how I first became Sai Baba devotee. After my dad’s death, I was so depressed. Once my cousin’s family was going to Shirdi and they asked me to come. I went with them, and it was my first time visiting Shirdi. We took a room in a Satram (Lodge), which was run by a Yogi. We finished our Darshan quickly and came. There was much time left for our train. So, we sat in the meditation room in the Satram praying Baba. Then, the Yogi, who was running the satram, came to us and sat and was just asking from where we came and all. The yogi saw me and told that this girl is in great depression. I was shocked. How come he know that I was depressed (about my dad), without knowing me.

I busted out with tears. So my aunt told yes, she lost her dad and is in depression. He told me Baba is your Grandfather (Tattayya) and gave me Sai Satcharitra and told me to read it daily. I felt it was Baba, who came and told me those words. From then I started reading the book and I became strong and continued my studies well and got settled with good job and now, good married life. It is all because of Baba, who protects us like a small baby. Any problem I tell Him and He will show me the way to solve it. Om Sai Ram. May His Blessings shower upon All. Sai Nathay Namo Namaha.

Baba’s Grace On Me

Anonymous Devotee from India says: I feel myself lucky to have my Baba with me always as a friend, father, mother. I have experienced miracles in every sphere of my life. This blog is like Sai Satcharitra where people share their experiences. Thanks to Admin.

My parents had suffered huge loss since the time I was in 8th std. We shifted from own house to rented. By Baba’s grace, I was able to complete my schooling from private and renowned school even when we couldn’t afford it. I had many troubles in receiving education. By having faith in Him, I graduated with a scholarship and completed my MBA by taking educational loan. Even after doing so much studies, I was not getting job. I daily visited Sai temple and attended Aarti. And sometimes I wept. After 3 month, I got off roll job in renowned company but with least salary. As during my interview, I saw Baba’s statue on someone’s desk, so I was confident I will get this job. But I was very happy and within 6 months, I got on rolled but again not much hike. I didn’t had much saving to even get marry. So I always used to say “Baba, Aap Hi Meri Shadi Karana”. I got my husband in same office and after 3 month, we got engaged and all marriage expenses were bore by my in-laws. I am thankful to Baba I got very nice husband and in-laws and after a year Baba blessed us with a son. Thanks a lot Baba. I love You lot and always be with me in every birth.