Turing In Point Of Life

Anonymous Devotee from USA says: I am Baba devotee. I am married and Baba blessed me with 2 kids (boy and girl). I work for a software company in our state. I really appreciate your work Hetal Ji. I feel this site as Sai Baba parayanam. Thank you so much and please continue your work. May Sai Baba bless you and your family with lots of happiness. Please feel free to do correction where needed and also keep my name and e-mail id anonymous. This is my first time to share my experience .I have lots of experiences with BABA, but I would like to share this story because I thought of sharing when my wish come true. So here comes the Sai Baba miracle. 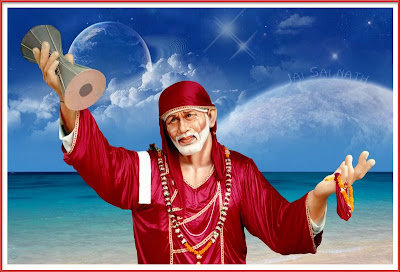 Sai Sister Usha Ji from India says: Dear Sai Sister, with pranams to her Lotus feet. I wish to share my experience of the first to visit to THE HOLY place Shirdi last month. With the blessings of our GURU, at last I could make my FIRST visit to HIS Durbar on the 6th and 7th instant. It was a mind blowing experience to feel the air of HIS Divinity and touch the soil. It was totally taken aback by the devotion of the crowd and the sanctity of the Place – Glowing Darshan of Sainath during the Shej Aarati and the presence of HIS warmth in the cool morning for Kakkad Aarti in Dwarakamayi. It is undoubtedly the mother’s lap – my Guru Dev’s lap, when I was sitting inside in the morning hours. Bhupali was excellent.

I am still searching for words to explain my feelings when I stood first before HIM in the Samadhi Mandir. I was pleading from my heart to get me the divinity of touching HIS feet and Samadhi during the Darshan – as the crowd was too heavy and they might put the barriers if the crowd is more. During the first Darshan, with difficulty we could touch HIS feet, but for the second Darshan before Shej Aarti, HE did not test, but has given the blessings to touch and fall at THE Lotus feet.

Similarly in the morning after Kakkad Aarti, we had a blissful Darshan from the left hand side entry and in the second Darshan, at HIS right hand side. Oh Guru Dev, what an experience. It was hassle free. Actually, when we stand before HIM, we forget what we intend to pray and our mind go blank – but for sure HE knows our problem and will definitely answer each and everyone. My loud prayer to HIM is to call me as frequently as possible – as without HIS blessings, nothing can happen.

With Aneha koti namaskarams to HIS Lotus feet.
Usha Hariharan

Sai’s Miracle In My Life

Anonymous Devotee from India says: I would like to share one of the miracles happened to me. It was in 2002, when I was studying 12th standard. My dad was suffering from a big wound on his back and he was having high diabetics. He was taken to the hospital on OCT 25th 2002 to get it operated and doctors were saying that it can be operated only if the sugar comes to normal. And they also said that even though we operate, it will be tough for him to get recovered from it soon. I prayed Baba and asked Him to recover him soon and get him discharged from hospital within Nov 10th.

We were not sure whether he will get discharged from the hospital so soon. It was Nov 10th morning and we were like that he will not get discharged today and by 12 noon doctors came and said that he can be discharged from hospital. We were shocked to hear this, but it was all because of Sai Baba. He was fully cured soon and he was back to normal. The doctors were saying that we have not seen anyone got cured so soon from a critical stage. From then till now I have believed Sai and He is giving everything which I prayed him. Jai Sai Ram