Sai Sister Ramya Ji from India says: I have lot of experience from Shirdi Sai Baba. Here I am sharing one of my experiences. I worked for one IT Company for the past 3 years, and then I went for my maternity leave. After that, I can’t rejoin to this company. So, I prayed to my Shirdi Sai Baba for to getting a new job. For that I read Sai Satcharitra in one week, took 9 Thursday Vrat and also watched live Darshan Aarti 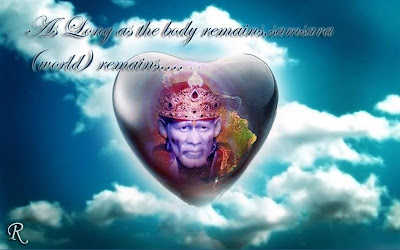 In the meanwhile, I attended so many interviews, but I didn’t get any new job. Then I asked Shirdi Baba Arulvaku book, He said ‘ You will get a new job’. I believed this word. I attended one interview on Rama Navami Day, So, I expected to get this job. But unfortunately I didn’t get. Then I attended interview for another company. I cleared Technical Discussion, and then they told that they will announce the results later.

April 11th was Second Anniversary for me. So we went to nearby Baba Temple, also offered Pooja and Annadhanam on that day. While we were attending the Pooja, I got a call from that company and then HR spoke to me as I was selected also they wanted me to join immediately. Really I was very Happy. Thanks to Baba. Thanks to Sairam. Saibabavuku Jai. Sainathavuku Jai. Jai Sairam. Jai Sainath.Om Sairam Om Sairam Om Sairam 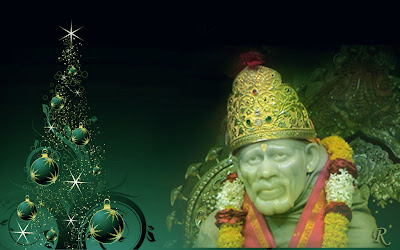 Sai Sister Mamta Ji from India says: I really don’t remember when I started believing in Sai Baba. My 1st experience, it was 1 day before Diwali. A man came saying himself to be from electric department and had come for Diwali Donation. I said you come tomorrow as that day was Thursday, but he requested me to give him that day only. From the door, he could see that our bed room light was not working. He said he would repair it. So I said ok come and repair it.

I had forgotten that I had kept my cell phone on the shoe rack, but he had noticed it. So while entering the house, he stole away my mobile from the rack and kept it inside his pocket. Instead of repairing the light, he fused all the bulbs, and getting a chance he switched of the mobile and went back saying he will come and repair it the next day. And also he will collect the donation. After 5 minutes of his going, I searched for my cell, but in vein. I immediately understood that he had stolen my cell. Everyday I use to cry infront of Sai Baba to return my mobile. Everyone use to say that I won’t get my mobile back, but I had full faith in Baba. After 15 day that too on Thursday he came and returned my mobile. Jai Sai Ram

I was looking for job change in IT industry. A very good company has called me for final round of interview on Thursday in their office. I went to their office and got selected. I joined their company and soon after joining it my eye has again started giving me problem. Earlier one eye hospital has suggested me that I have tuberculosis in right eye. But later on I consulted with other hospital and they confirmed that there is no such issue.

This time I do not want to go for eye checkup as I was frustrated from my eye and left everything on Baba Ji by thinking that He knows everything and will do best for me. But Baba Ji has different plan for me. One day I thought to consult with other eye hospital and I planned to go there on Saturday. Suddenly rain has started on Saturday morning and I thought to read one chapter of Sai Satcharitra and then go to hospital. Rain did not stop. So a thought came into mind to search for hospital number on internet. I called them and they said that their hospital is closed today and ask me to visit them on Monday. It was Baba Ji’s plan as He did not want me to unnecessarily go there in heavy rain.

I went to hospital on Monday. They examined my eye and said that it could be tuberculosis. They have suggested me to go for TB gold test. They said that if this test comes positive then I have tuberculosis and I have to go for its treatment. I surrendered myself to Baba Ji’s feat and left everything on Him. The result came positive. I got scared. I called up eye hospital and told them. The receptionist has asked me to go for tuberculosis treatment. She recommended one doctor as well. I was praying to Baba Ji to show me the way.

My brother was watching TV in other room and suddenly Shirdi news was coming on TV. I took it as Baba Ji’s indication and went to the doctor recommended by eye hospital. I thought that if Baba Ji has sent me to this doctor then I will see Baba Ji here. I went to doctor cabin and looking for Baba Ji. I saw very big statue of Baba Ji. I was sure that Baba Ji wants me to be here. The doctor was really nice and he asked me to go for further test. He also thought that I may have tuberculosis. The results came as negative, but he was also sure that I have tuberculosis. He said that I may go for advance tuberculosis test. But I took Baba Ji’s name and asked the doctor to start the treatment. Doctor put me on medicines for next 6 months. I am feeling much better now. In between Baba Ji called me to Shirdi. Our Shirdi tickets did not confirm. I cancelled our tickets and booked tickets from Shirdi tour package (new tour package offered by Indian railway). I got tickets for after 5 days. We went to Shirdi and had beautiful Darshan. I prayed to Baba Ji to recover me from this disease. Please Baba Ji bless everyone with Your love and care.