Skip to content
Anonymous Devotee from USA says: I am a devotee of Sai Baba from 2007. Before that I was an ardent devotee of Shiva and Tirupathi Balaji. My faith in God has been made absolute by certain experiences and I always used to consider myself lucky until recently. I receive solace by reading the experiences of other devotees and I thank everyone involved for that. I also want to apologize if my post is too long. 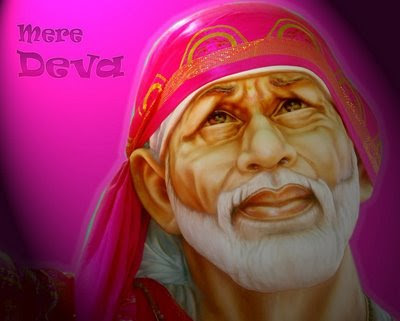 Dear Devotees, I really appreciate any clarification of my doubts. To describe myself in short, I have had various health and personal problems in my life, but thankfully by His Grace, my parent’s love and my friends and family, I have been able to overcome it all and keep a positive attitude in life. All the problems in school and undergrad shaped me into a confident, independent person and strengthened me mentally.

Professionally, I am a hardworking, studious person. I will not say that I am 100% hardworking, but I want to do well in whatever I do, and by God’s grace, I have had not issues with education. I never had to struggle too much. I performed very well in 10th std, in 12th standard my performance was not good, partly due to personal issues in school. The personal issues in school were that people used to talk badly about me and call me names. I managed to see the true colors of people, and learned not to trust everyone and anyone. My true friends stood by me, helped me carry on. Similar incidents happened in college as well, since some of those unsavory people ended up in my college too. But I found some amazing friends; did well in college and found a great job, and life was good. All is by God’s grace. It was in college that my belief in Sai developed due to a friend and professor. I never had boyfriends. I easily do not like anyone, and even if I do, I do not commit easily if I felt it was wrong. Even liking some lead to a lot of heartbreak for me, so I never easily assume anything or commit anything.

After this several big incidents happened over a period of six years and I turned to Sai for guidance. I took major decisions only after asking Sai and never without. I came to a new place and entered into a relationship, which I believed was blessed by Sai. He indicated things in my dreams. But my professional life fell apart, and my relationship also fell apart because of stress from professional failure, family and other circumstances.

Immediately after this, I asked Sai to help and guide me, and by some miracle I got a Sai picture saying “Why fear when I am near” in my phone. He never tells me that he is happy because he broke up. I kept asking him, because I thought if know he is happy. I can maybe move on. He also says he has feelings. I asked his friend if it’s all over right. First he said yes, a week later after speaking to him. He said he can’t say it’s over. I asked Sai to bless and guide me, and to make me choose the right path. That if he was meant to be, to reunite me with him, but if he was not, to give me strength to move on. But all signs I got were positive, that we will be reunited.

I met a Saint from my city. I was thinking what if he says that this is not meant to be – but I wanted it to be a verbal sign from God – kind of irrevocable. The Saint told me that my troubles professionally will end soon, and my personal life will also become better soon. He asked me if I found someone for myself. I didn’t answer. He said I will be happily married by my parent’s wishes. I thought, ok so it’s arranged marriage. He asked me again if I met someone, and finally my father said yes, and told him about my ex-boyfriend and also about our fights. The Saint said he is a great guy, don’t let ego interfere, told my parents that he will make me very happy and told me to come visit him with my boyfriend and bring the wedding invitation. Again this is a positive sign.

So many positive signs I get. Every sign I ask for. I wanted a chance to read aloud Vrat katha in the temple on a Thursday. I nearly did not get a chance, but someone saw me and asked me if I wanted to read and took the book away from the other person and made me read it. Even the breakup made me realize how I had changed from the person I used to be. I took this as an opportunity to correct myself, to remove all bad influences from my life. I also realized how much he cared for me, and how much I hurt him by being insecure. I thank Sai for making me realize my mistakes.

Also, I kept having so many new new problems every week. Again I won’t go into details that one day I
questioned myself if God was truly there. I removed all my prayer items, broke a few, and was so angry. I told God, if He was angry with me to punish me. Next day again I met with unluck, but my God made sure I was sufficient support to manage. I realized later, that no matter what trouble I faced, He made sure I had the strength and support to face it.

Except in my relationship. No improvement there at all. We still talk, but it’s always me initiating contact. So now I am questioning as to whether I assumed all these signs from Sai. I honestly came to this country only after a dream in which Sai showed me studying in the USA and being happy. I took a long time to commit to him, only after knowing for certain that I won’t regret the decision; and it’s Sai’s will.

Am I being delusional? I have faith in abundance, and I was trying patience. But my parents cut short the time for me. So, I cannot afford patience now. Please pray for me. I am now a shell of what I used to be. I have lost confidence, happiness and optimism. Please pray to Sai to help me regain what I have lost. Teach me how to believe – inspite of all the positive signs, I question Him. Tell me if I misrepresented the signs? If not, tell me ways to control my mind. Thank you, Jai Sai Ram.