Anonymous Devotee from India says: Hi, Hetal Ji. I want to share my experience of Baba’s miracle. Hetal Ji, I humbly request you to edit where ever it is required as I am not good in written English. Please don’t mind. I had more problems in my pregnancy period due to my in laws. They used to take me to government hospital for check up, even though I was working in private organisation and they used to keep all my ATM card and cheque book. They used to take money whenever they want in my account and give just 300 Rs for my expense. I did not have support of my husband as he doesn’t have any affection on me. He wanted to be a good son. 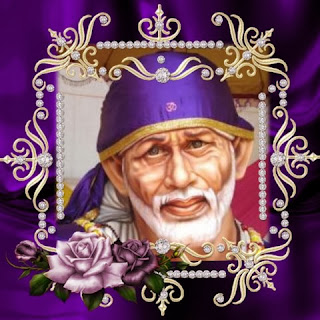 Even my caesarean date was fixed in inauspicious date by doctor. My in laws and husband wanted to get operated in that date only. I prayed to Baba that if doctor agrees to postpone the operation at least for one day. I will post my experience. First doctors did not agree for that. Later on after sometime they agreed to postpone it for one day. And I gave birth to boy baby on Thursday 11.8.2011 due to Baba’s grace.

Two more incidents are I prayed to Baba that if my bother gets 1st class in final year graduation, I will make him to come to any of your temple for 9 Thursdays. And it happened, he got 1st class though he had arrears in 2nd year and his IQ level was not that much good. After his graduation, I prayed to Baba that if he gets good job, I make him to give half salary to you in his 1st salary. And even that came true.

Unplanned Visit To Shirdi On Birthday 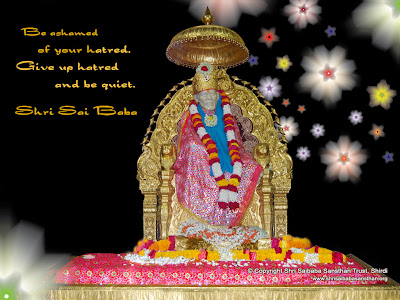 Sai Brother Suhas Ji from India says: Well, I like all of you is a child of our beloved Sai! He has been my mentor, friend, hope and a beacon to my life. I and my family have always been ardent devotees of Baba. It was one of my dreams to visit Shirdi from a long time, which finally happened this year in August and that too on my birthday. What else can you ask for?

It was truly His calling. It’s been a practice for me to have parties with friends on my birthday every year, and like every year I had planned to do the same this year as well and had thought of having a holiday in Goa, but miraculously every friend of mine, who was supposed to join were occupied. It had never happened before (and there were quite a few of them). I was upset with the same and was thinking of what to do and while browsing accidentally found a link online about “travel to Shirdi”. Till then I hadn’t thought of this and immediately made up mind and booked the tickets next day and travelled alone. To my surprise I got the tickets easily, and landed in Shirdi on my birthday itself. This by far was my best birthday ever, imagine the joy of falling on the feet of Sai on your birthday. What was more special was the crowd wasn’t huge and I could see Him thrice in 2 days. It was His wish to call me and I obliged. 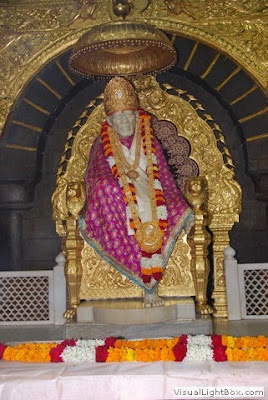 Anonymous Devotee from India says: I believe very much in Shirdi Sai Baba and Akkalkot Swami Samartha. I am married now and mother of a child. This is the experience I will never forget. I am very sure that Sai Baba gave me Darshan at that night. But still I don’t believe on my own eyes. I just see Sai Baba and Swami Samarth everywhere.

It was a night time of 8:30 to 9:00 pm in Panvel (Maharashtra). I, my sisters, my mother and my elder sister’s daughter had been to Sai Mandir in Panvel. We finished our Darshan and were going back to home. An auto rickshaw stopped for us and we were in. By the time we were taking our seats in rickshaw I saw someone like Sai Baba in His bright white cloths and He was in pose of giving Ashirwad. I still remember and I will never forget Him. He was just like a poor BHIKHAKARI, but had bright white clothes.

It just fraction of minute I could see Him as auto-rickshow moved very fast from Mandir. I asked my sister if she saw what I saw and she said yes even she saw Him. But same as rickshaw move so fast, she was not able to see for more time. Next day I went to the Mandir again as I was not able believe on my own eyes, I feel I have done so many bad deeds in my life, why Sai Baba will give Darshan. I asked the phulwalas there if they see any man wearing white clothes outside Mandir. That shopkeeper said me, many bhikaris in white clothes keep coming outside Mandir.

But very strongly I feel that man was no bhikari or any usual man, He was Sai Baba. If He was bhikari, He will not have such bright white clothes to wear. His smiling face I still cannot face it was all like unbelievable experience. If anyone has got such similar experience please share.