Skip to content
Following is heart throbbing experience of Sai sister Ekta ji who shares how Lord Sai Baba saved her in a major accident.

Sai Sister Ekta Ji from India says: I am Ekta from Delhi, India. I am 21 years old and I am a devotee of Sai from the last 5-6 years. Though I had numerous experiences in which I felt Sai with me. I would like to share my recent experience, which I can never forget, which increased my faith in Him. 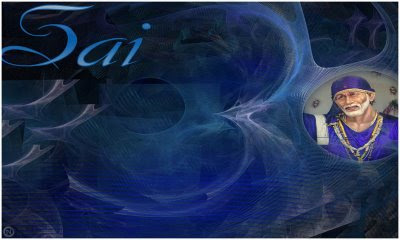 It was 13 March, 2013. I study in an engineering college in Delhi and it takes me about 1.5-2 hours to come back from my college to my home. On that day, I was coming with my friend on his bike. On the way, suddenly he lost his control over the bike and his bike collided with another bike and both the bikes slipped off on the road and we fell spontaneously in the middle of the road. Our bike slipped on the road and my body and head also touched the road at that time. I was getting slipped with the bike over the road. On our bike was at other person’s bike. My friend and the other biker were wearing helmet and I was without helmet. So when we all three fell on the road from our bikes, they were not injured much, but my back portion of the head collided with the road. Along with it my hand, thighs came under the bike. I was lying under the heavy bike in the middle of the one of the busiest roads of Delhi.

I was loosing my senses and at that time unconsciously I remembered Sai Baba. I was not completely in my senses. Suddenly I remember I felt a force, an unseen power which lifted me up and brought me out, when I was lying under the bike. People gathered there, but I remember there was no person, who made me out and then I felt an unseen force, which hold me and took me to the side of the road and gave me a force to sit. My head was paining so much that I felt I would die anytime. It was unbearable pain. I felt as if my head had burst from inside. And I just said one thing, “What had happened to me Sai Baba? Will I now be admitted to hospital? Will I have any operation? Will I be alive now? If something happened to me what about my parents? How will they live? I don’t want to waste my dad’s money on my illness and then I started getting collapsed.

Suddenly a woman of about 40-50 age came running to me and put my head in her lap. I was not able to speak anything. I was crying from inside, but tears were not coming out of my eyes. And then that woman started to press my head and hold me in her lap close to her body as if she is hugging me. I was crying from the pain. She kept on pressing my head and said, “Nothing will happen to you. I saw your accident and I came running to you. You don’t worry I will not let anything happen to you. Then she said to the people who gathered there “Bohot Bahadur Bacha Hai Ye Mera” (She is a very strong and brave child of me). And as she was running her hand on my head, my pain started to disappear. I was getting relieved. I felt the warmth of my mom in her lap. Her hands had some magical power, which were soothing my heart. I wanted to be in her lap like that only, feeling that warmth I never felt before.

Then I felt better and sat to drink some water. I said her in my crying voice “Thank you aunty”. And she came in front of me and then I saw her face. She said, “Koi Baat Nahi Beta (it’s ok my child). You are a very strong and brave child of me. And I will not let you cry. Nothing has happened to you”. And I stood up. I was feeling as if nothing had happened to me. As if I am completely ok. I decided to go to hospital and get myself checked. And the woman was nowhere there. The doctor told me that after such a major accident, it’s a miracle that nothing happened to you. And there’s no need for any X-Ray or CT- Scan because I did not collapsed or was unconscious completely. Also I did not vomit. And thanks to the lady, who saved you, by pressing your head otherwise you would have been hospitalized. She saved you.

Luckily that day, I was wearing a thick full sleeves top and jeans due to which my thighs just had a reddish blue patch after that accident. And luckily not even a single drop of blood came out of me in that accident. I was given some medicines to get relief from pain completely so that it can’t cause any problem in future. But today when I recall that accident, I just feel it was Sai, who saved me. It was Sai, who came to me to help me. And now I had realized if you are in any problem and you call Sai, He would come running to you. He cannot see His children in pain. And I wish Sai Baba please save everyone like You saved me. Help everyone like You helped me. Thank You Sai Baba. Thank You very much for saving me. Thank You Sai Baba. Thank You very much.