I am nothing. To tell you the truth, I always wanted to know myself from other’s perception and never realised what or who I am or I am supposed to be. When I was in desperate need, it was Baba, who raised me up and made me realise [the hard way] that I am the blue-eyed daughter of my parents, the role-model for my brother and most importantly, today a woman of honor. I have made mistakes in life, of course the ones I am not really proud of. I still make mistakes and some I do even though I know I am making a mistake. But I learn and grow each time- spiritually and intellectually. I remember, after all the bad experiences in life. I had started smoking as only solace to all the situations. Probably I wanted to punish myself or others I really do not know. But later, I was acquainted to Baba by this site. I became a believer instantly. I heard about the miracles and started expecting the same. But in due course, Baba just became the friend I always wanted, a shoulder to cry on, a companion to rejoice with. 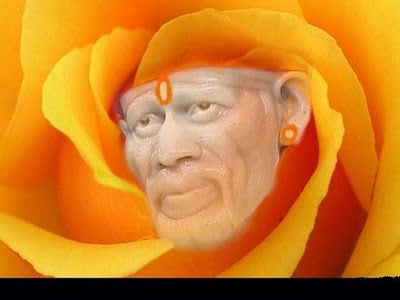 My journey of life with Baba started 2 years back, when my whole life was destroyed, so I thought. I was a graduate, left with no job and got rejected of my dream college in the last round of interview. I had a terrible break-up, where my mother was left insulted. I got a opportunity to study in UK with great score, but my father was going through a terrible court-case, where he was falsely-framed. I had no clue as I realised my life was slipping out of my hands and I had never dreamt of failing. It seems funny now, but I had thought of ending my life too.

It’s then when I stumbled upon this site and started reading the experiences every time I got opportunity. I went backpacking [my hobby] to Shirdi and Shignapur. And there I had my first experience with Baba, when He saved me at many circumstances and gave me the best experience of life. Even till then, I was just the believer of miracles He created, but not truly the follower of intellect. I heard about Shibpur through this site and decided I have to be there. I contacted Amit Dada and left home to go to Calcutta and Shibpur with my mother’s friend. I don’t really want to comment on her, but she was very skeptical about this place. We got into the Lalgola passenger for Bethua Deuri and as usual it was jam packed. She started murmuring under her breath that she really did not want to accompany me and she did not believe in my journey.

Trust me, it was way depressing than it sounds right now. She made friends with the local passengers with us [who did not look men of honor or character] and they started showing fake concern for me as I am a young girl of 22 and should not be travelling alone like this. They even offered to let me stay in their houses. Since it was my first trip to Shibpur, I was not sure of the way and kept calling Amit dada. They were adamant that there is no temple there and even spoke rudely to Dada, when I tried to convince them. They were just not ready to leave me alone. It was so scary and depressing that I cried and begged them to leave me alone and I do not need their concern. Only one man, who seemed sane said-“Agar Bachchi Sure Hai, To Aap Log Jane Do Na. Kyun Pareshaan Kar Rahe Ho. Dekho Vo Confident Hai Usme Bhakti Hai.” I sat on the upper berth of the passenger and just cried thinking of Baba and asking why are you questioning my faith in such a derogatory manner? Eventually they stopped.

Finally when I reached Shibpur, it was all worth it. When I went, there was renovation happening. In all that hurry, I did not take anything for Baba and felt so guilty and promised I would get something the next time. I entered and I met Maharaj, and felt the brilliance of the place, felt Baba welcoming me. As if to say-Finally you are home, my child. I spoke to Dada about all my problems and so easily he made me realise, that actually there is no problem with life. There is suffering if you wish to suffer and it is a challenge if you perceive it in that way. And I chose it to be a challenge. Since that day, Dada has been my confidant and support system. He is a friend with whom I am not in contact very often, but I know he is there. He tried to stop me from making several mistakes and still I did not listen and went ahead to make them. And he is right to be angry with me. That’s why the next time I went to Shibpur, I felt that Baba was not really happy to see me there. Trust me, if you go there you will feel it. It was like every stone in the wall was scolding me like a parent, but still I had the sense of belonging there. Dada had asked me if I would write my experience for this blog or not. I just shuddered. Today, after 2 years, I could not stop myself any longer and feel Baba is standing right behind me working on this piece with me while we make few editing.

Today, I still am making mistakes. Probably not even I am learning from a few. I still find myself questioning the existence of God. And since I am a science student, it’s my intrinsic character. And I do it because I am an evolved Human with an opposable thumb- which started the mystery of us having such an intellect while other animals don’t. I guess, there is a reason a mysterious game of nature being played here. And I want to know. Know it all. Probably also because I want to believe miracles are not just the situations, when prayers are answered, but an actual happening. But all said and done, I still believe in Baba and would run back to Him like a puppy, who just found its owner. I belong to no one religion. I just want to believe firmly that I belong to Baba.