Anonymous Devotee from India says: Jai Sai Ram. I am Sai Bhakat from Punjab. I have full faith on Sai Baba. I and my family is all the devotee of Sai Ram. I had seen movie of Sai Baba in my childhood. I love it. But then being in the timeframe of life, I forgot about it. But in recent years, one of my friends told me about Shirdi Sai Baba Ji. He told me about her tour (YATRA) to Shirdi. Then I also make a plan to visit Sai City (DHAM) with them. Today it’s the third year in a row that we are going there regularly. It’s all by Babaji’s wish. I beg Him to call us regular in Shirdi. Jai Sai Ram. 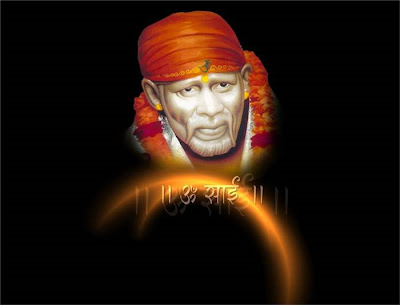 I have seen many experiences in recent years. But the latest in that I want to admit my daughter to a school in my city. She is a good student, but due to state board, I do not want her to study under Punjab board as it has no value. So I decided to transfer my daughter in CBSE board school. It is really good, but getting admission in a good board with low fee structure was really a hard task. I have already tried in two to three times earlier, but all in vain. This time I ask Babaji to help me in this task. But there were so many difficulties.

First when I take a prospectus from school, receptionist told us that there were only few seats available. And she gave us the 25th date for the exam and interview. We were happy that day, but after some days she got her datesheet (from previous school), in which she had the final paper on that day. We were shocked to see that. But we prayed to Babaji. Next day, my wife went to principal for pre-pone the final exam date and he agreed at once. We thanked Babaji.

The day before the interview my daughter got nervous. And I told her not to worry and have a faith in Babaji. Next day, she took the exam and I and my wife sat in the school for the result. The result of all other classes was listed on the board except ours. It was getting late. After three hours, it was still pending. My daughter and wife were nervous and me also, but then I thought of Babaji’s two magical words Shraddha (Faith) and Saburi (patience). We were praying and in the meanwhile the peon came to tag the result on board.

My wife rushed to the board and saw the result and came to me happily with the tears in her eyes, which were giving thanks to Babaji. We all were happy, but the next problem came to us as we have to submit the school leaving certificate in one of two day, which is impossible for us. As this is on the 25th March on that day and previous school result was to be announced on 30th March and we had to visit Shirdi on 29th March by train (which tickets we have already booked 4 months earlier). Then we again pray to Sai for help.

That day we were asked to go home and came next day for admission process. We went to school next day and meet the principal, who is catholic and first he denied for the extension, but after making a request he signed our application with the extension of 15 days. I was too happy and I came out of the office. Babaji helped us very much. Even many parents were sitting outside of the office for not getting extension for submitting the school leaving certificate. Now we all were happy and my daughter got the admission in that school. I hope Babaji always keep His hands on our heads. Jai Sai Ram. Then I decided to post my experience of Sai Baba to this site and it happened today all by Babaji’s wish.

My Experience After Reading Sai Satcharitra

Sai Sister Ramya Ji from India says: I am Ramya from Hyderabad and working here in a private company. Every day, I read many experiences of the devotees from this blog. Today I am sharing my experience, which has happened with me very recently. I bow to Sri Sai before starting up with my experience. This is one of the miraculous things, which has happened with me. I and my husband, we both are devotees of Sri Sai Baba.

We have been passing some tough time. Few days back, my husband has opened a book named “Baba’s answers for your questions”. This is a Telugu book, where we need to open randomly a page and Baba gives us a suitable answer for the same. He has opened it and got a message from Baba saying that you will be blessed with a Sat Santhaan (blessed child) and he was thankful for the same and told me the next day about this as we were waiting for an issue since 2010 from our marriage.

After few days, again my husband had a question regarding his career as he has started a business of his own and two clients were dodging to pay the fees, so he referred to the book and got an answer asking to do 7 Pradhakshinas for 27 days. So, we both have decided to start right from that day and all of a sudden something flashed in my mind to do read “Sai Satcharitra”. I was hesitating to start because I have got this book as a prasad from my cousin and started two times but could not complete it. But this time, I prayed Baba to help me in completing the book.

On one Thursday (during 27 days), Baba appeared in my dream saying that your wish will be fulfilled and gave a divine smile. On 27th day, an old man has offered UDI packet to my husband in the temple. He was very much satisfied. Successfully for 27 days, we did Pradhakshinas and with Baba’s grace and I have completed the Sai Satcharitra too. I was overwhelmed as we could complete our 27 days Deeksha without breaking a single day. On 28th day, we made Prasadam and distributed them in temple. After 2 days, his clients have deposited money and getting good projects.

After our Deeksha, I went to doctor and the doctor has confirmed that I am pregnant, but the doctors say that there are some complications, but I am sure that Sai Baba blessings are always with me. Now, every day, I read one page of Sai Satcharitra. Bow to Shri Sai, Peace to be all. Let Baba shower blessings on everyone.

He Is The Doer

Anonymous Devotee from UK says: Dear Hetal Madam, thanks a lot for your service and it’s always pleasure to read through Sai’s influence in people’s life and I also decided to share my recent experience. I observed 9 weeks Thursday Vrat and on completion, I wanted to distribute the books to those needy and followers rather than simply handing it over to the people in temple and that wasn’t anyways possible as I live abroad.

Only person I knew personally here in this country, who worships Baba was my friend’s wife and that too I knew only by seeing Baba’s idol in their house, when I visited them months ago. From 6th week onwards, I had this thought of giving her the first book, but I was doubtful if it would be useful to her as somehow I was sure that she must have fasted already in the past and should have this book. If I gave her, it would just be another book. So I decided against it and by Baba’s grace I found 5 people, who were in need and 4 people started fasting the very same day I finished.

Two months after me finishing the fasting that girl pinged me casually and I asked her how long she had been worshipping Baba, she mentioned for years and how Baba blessed them with a child after being childless for almost 5 years. And they were blessed after her fasting! Her kid is over 1.5 years old and during the kid’s birthday party, only I got to know her following for Baba. She told me that she is observing fast for Baba to thank Baba for blessing them with a child. When I inquired further, I found that she started exactly from the very next Thursday after the Thursday I finished. As though how it would have happened, if I had given her the book to fast and my initial wish was fulfilled even though I went against it!

I was down today and wanted some sort reaffirmation that Baba hears my prayers and read somewhere yesterday that people choose a random page from Sai Satcharitra to get their answers and I never did that before. I did it and found the first page of chapter 25 and later I asked my nephew to do the same by praying to Baba as child’s prayer will never be discarded and to my surprise he got the last page of the very same chapter. And I heard from this girl an hour later!

If this happened to me few months ago then my common sense would have simply discarded it as coincidence, but now my faith in Baba says that there is nothing that happens without Him. He is the doer!