Anonymous Devotee from USA says: I have been in our Sai’s fold from last 8-9 years now. I have seen many many miracles of Baba in our lives and we are very very Thankful to Baba for showering His kind blessings on us inspite of our wrong doings at certain times. I have written many experiences in the past and this is my latest one. Please publish this at an appropriate time. 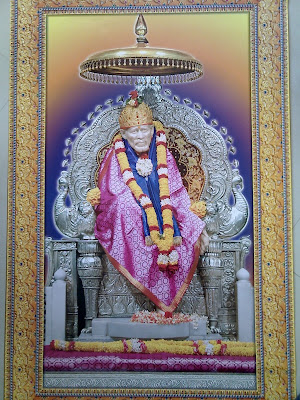 Hetal Ji, you have been doing a wonderful work in spreading our beloved Baba’s mercy and Leelas. From last 3 years or so, I have been thinking about taking up an exam, which would help my career. But due to some conflicts and not focusing properly, I had not been able to do it. I was also frustrated with my career prospects as it was not leading anywhere. I constantly was praying to Baba to do some miracle and help me out of this situation.

In January this year, Baba did shower His blessing and motivated to start preparing my exam. He slowly cleared one by one hurdle and gave me strength to start the preparation. I also started the Sai Guruvar Vrat in parallel. I was able to focus on the exam and started preparing for the exam well. I chose my exam date for a Thursday, which coincidentally fell on the 9th Thursday of my Vrat. I couldn’t ask for more, such are His Leelas.

I was very tensed about the exam and it was very important for me to clear it. Last week Thursday was my exam and after performing the Pooja I left for the exam. In the initial few minutes, I was not able to focus and was tensed. But gradually Baba made me to overcome that and carried me through the exam. This is an objective exam for 4 hours. I was able to finish in 3 hours and finally when I was about to submit the exam, I was very tensed. I just took Baba’s name and submitted the final form. Baba cleared my exam and I was passed.

Baba never left my hands in this journey. I would like to also thank my wife and kids for giving me support and encouraging me to read for the exam and my friend, who also gave valuable tips and motivation. Finally it was our Deva, who did it. The thing, which had taken over 3 years, was all done in 3 months because of Baba. Also, on the career front, Baba is showing progress and has given me some new projects. I just hope Baba will carry me successfully in everything. Baba has also provided us a new apartment and hope Baba will keep us very happy there. Thanks You very much Baba for all Your Leelas and Blessings on us. Thanks. 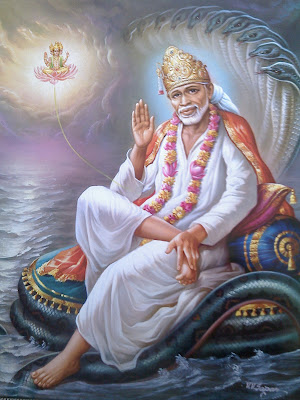 Sai Sister Neetu Ji from India says: Sai Ram to all you respected people, who are running this blog. It’s a source of strength for all the people, who believe in Baba and live by faith in Him. Thank you so much for this great platform, where we all unite in Baba’s love and devotion.

Jai Sai Ram to all Sai lovers. I believe Sai Baba Ji’s blessings envelope us all in the form of love of a parent, a friend, a sibling, a lover and so on. Love is the greatest force in my life. I crave for only one thing in life. And that is true love. Baba filled my life with genuine affection and care some months back after meeting a number of selfish, hurting beings. He gave me all the love and care that I ever wanted and needed. Someone, who takes me the way I am and adores me that way. But, because of some misunderstandings, I lost that person from my life. I prayed with all my heart to Baba that if He knows and feels that my feelings are genuine enough and if He sees that I haven’t done anything wrong here and if Baba believes me a bit, He will answer me and give me another chance. And after a period of mental and emotional ordeal, Baba showered me with His blessings. He made love return to my life. For me, it’s a miracle that happened as I was at the end of hope and Baba made His presence felt, when He made the person I love return to me and gave me my happiness back. I am so thankful to Him that words don’t suffice to express my gratitude here. I know that it seems like a small thing, but to me it means the world. May Baba always be there with us in our happiest and darkest moments alike because only He knows our pains and bliss more than even we ourselves do. Jai Sai Ram.

Anonymous Devotee from India says: Om Sai Ram. I am born and brought in middle class family having two elder sisters and one younger brother I have done my graduation in B.COM in 1989. I was passing through many struggles at single point of time. As Mentioned from 1986, I had many personally and financially issue even after completion of graduation. Also I had job of Rs. 750 per month, but I was not able to keep my family happy. My father started drinking after age of 55 due to financial and personal issues like my sister had love marriage and his husband was dishonest and liar. Even though she had government job, but she was carrying and she delivered son in 1994. And she left her husband as the person was giving her some abortion medicine, so that the child gets aborted. But the baby was born and we all were happy for few days and soon the day came, she left her husband and came to stay with us in 10×12 room.

That was ghee in the fire, which increased the tension of my whole family. My younger brother also started taking drinks and there was quarrel in the home every night with my father. During that period, my elder sister’s husband told me to join to Shirdi Walking from Dadar to Shirdi. I told I can’t do such 8 day walk. He told Sai will help you. Considering that word, I accepted and reached Shirdi through legs were wounded. When I came there, there was no muscle on my body, only bones. But I went with full Shraddha and Saburi and took my second daughter’s son in my hand and told I will take care of this son always by grace of SAI.

I left my job and thought to do business as my father was not able to take care of our small laundry shop. Also due to accident, his one hand was broken and due to “Motia Bindu” (an eye disease), he was not able to see. But after month, I got good Job in MNC, so I told father better this shop be looked by my brother as he is not passed tenth also. My only saying is that think good for other. GOD SAI will always come with you and fulfill it. Have Shraddha and Saburi. It works and Sai will always be there not afraid “Bivu Nakos Me Thuza Pathshe Ahai” (Don’t be frightened I am behind You) as told by SWAMI.