Skip to content
Following are few experiences as shared by an anonymous devotee.

Anonymous Devotee from India says: I have been working in the corporate world for quite some time. Now, I am an ardent Devotee of Shri Sai Nath Maharaj. I have known Baba since childhood, but never really bowed before Him or worshiped Him in any form whatsoever. As a student also I did see His pictures at home, nevertheless did not care about that. 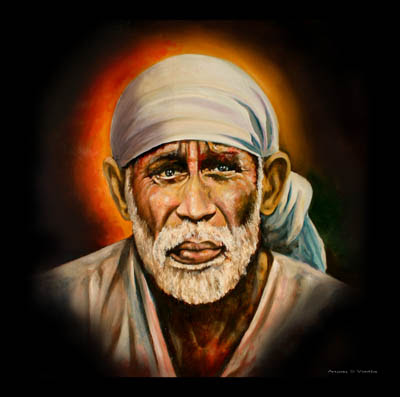 This all happened in 2011. I was working in the hills of Uttarakhand. My organisation had accommodated me in a house that had 3 independent rooms. Another colleague of mine came to stay in the other room, and we became good friends. He was a devotee of Baba and had glued Baba’s posters onto the walls of his rooms. That job of mine was not well paid and I was getting frustrated with each passing day. Once we both were sitting in his room facing Baba’s portrait. He told me that if I share my problems with Babaji and bow before Him with love and respect, soon my prayers will be answered. And, that was the first day when I bowed before him.

I started praying to Sainath and told Him about the problems I was in. One day I had taken an appointment with my boss to discuss my career plans with him and I thought of seeking his advice. He was also the director of an agri-business firm, which I was keen on joining. I was planning to share that with him knowing that he’ll surely say no. In the morning of that meeting I went to my friend’s room and prayed before Baba to take His blessings and at the same time I told Him that I want to join that other company in which my current boss was a director.

Meeting started and my boss was telling me to stay for another year. But I didn’t want to, hence, I told him about my interest in joining that agri-business company in Bangalore. Because of Sai Baba’s grace, he immediately agreed and said you have got a new job. My joy knew no bounds and I was jumping and remembering Baba, it was all because of Him. I had to move to Banglore to join this new company and again I started worrying about staying in a city like Bangalore and where I’ll stay initially until I get my own pad. People started telling that I’ll have to give ten-month deposit in advance to the Landlord before I take the room on rent. On the top of that I didn’t have any savings. So again I started sharing these worries with Baba. And again, Baba had taken care of it.

One of my friends, whom I had accommodated in my hostel room when I was in college was staying in Bangalore and got a bigger flat for which he did not have to pay anything. The day, he came to know that I am coming to Bangalore; he called me to tell that I’ll have to stay with him. I again remembered Baba with tears in my eyes. He had again played the role of my mother. Finally I joined the new company and was told to go to Indore for a month. There was a Temple of Baba right in front of the hotel I was staying. The job I was handling there was quite challenging, but every morning I would pray to Baba and leave for work and finished the project in Indore successfully and was also able to save money as well.

The first day when I want to join Bangalore office, I was surprised to discover that the building is called “Sai Anugraha” and is owned by a devotee of Sai Nath Maharaj and had big posters of Baba outside his house, such is Baba’s love for His children. My new job was shaping up well. I didn’t have to worry about anything as I was staying with that friend of mine and he had set up a reasonably large Kitchen as well, hence all these things were taken care of by Baba. One of my colleagues was staying close by and had a vehicle; therefore, going to office became pretty easy for me all because of Sai Nath. After some time, my Company decided to shift to another location as the rent was high in that locality and it saddened me since I did not want to leave that place and house. We also started hunting for a new place. I again prayed to Baba mentioning my wish. Again I became overjoyed, when my company decided to hold that decision for another three months. Baba is the Supreme, He fulfills all the wishes of His children. He is always there for the people, who love Him.

After staying in Bangalore for quite some time, I realized that it had become too far for me from home. Since I hail from Uttarakhand and my parents live there. I had been sharing this with Baba every now and then. My prayer was answered as well. After staying in Bangalore for a year, I heard from my friend I was staying with, that another friend of his has started a company in Delhi and looking for someone, who can handle marketing. Baba here as well ensured that I get this job. I was taken in with a substantial hike in my salary. Today I am based out of Delhi, closer to my home and have been seeing my parents quite often.

Baba I am Your Child. You are my everything. You are My Father, my mother and my Best Friend. I know that You’ll always be with me. You will never leave Your children alone. You are the Supreme Soul, Omnipresent and Sole Powerful. Om Sainathai Namah.